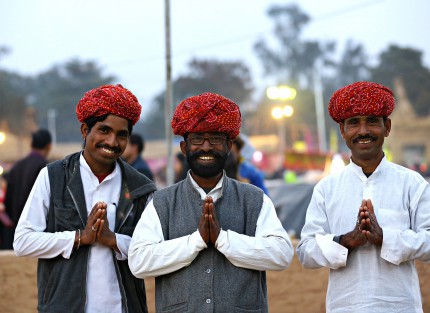 Leprosy is a communicable disease, caused by bacterium, which affects the skin and peripheral nerves of people. It can cause severe disability, prejudice and even cause blindness.

How is leprosy diagnosed?

Leprosy can incubate in a human anywhere from 6 months to 20 years. As a result, it is often difficult to diagnose the disease until it has already caused severe damage. Specialists in leprosy use skin smears and non-invasive sensory investigation to diagnose leprosy.

Are there different kinds of leprosy?

Simply put, yes. A person can be diagnosed with different kinds of leprosy. Paucibacillary (PB) leprosy or multibacillary (MB) leprosy are the most common, which can be further categorised depending on severity. Often, MB is more serious and involves a greater chance of a person developing serious disabilities. The treatment path for each type is also slightly different.

Is there a cure for leprosy?

Since 1995, the World Health Organisation has made multi drug therapy (MDT) available free of charge in all endemic countries. The treatment consists of a cocktail of antibiotics for six months, or twelve depending on the type of leprosy a person has. Rifampicin, Dapsone, and Clofazimine are used in combination with each other to cure a person of leprosy. In 1945, Lepra were the first organisation to use Dapsone in treatment for leprosy.

Given that you use antibiotics to treat leprosy, could it become antibiotic resistant?

At present, leprosy specialists have been lucky in that leprosy shows few signs of adapting resistance to the antibiotics, or second line of defence antibiotics, that we use. There is some concern in the global leprosy community that the introduction of a specific antibiotic, Clofazimine, into the PB regime (six months) may significantly increase the chance of antibiotic resistance developing. There is also some concern about the impact of potential antibiotic resistance on those affected by tuberculosis, a disease close to leprosy genetically and that uses the same drugs for treatment.

Is there a vaccine for leprosy?

Currently, no known vaccine exists exclusively for leprosy. In some parts of the world, the Bacillus Calmette – Guerin (BCG) vaccine is distributed to those at risk of contracting the disease. However, this vaccine is primarily used as a Tuberculosis (TB) vaccine and is not overly affective against leprosy, offering about 50% protection in certain circumstances. As leprosy research is largely underfunded around the world, there has not been a lot of momentum on researching a potential vaccine. Developments in diagnostic testing are being made, with some international organisations across the world researching potential vaccines.

Why do some people have severe disabilities and others do not?

The disabilities associated with leprosy are categorised into three separate grades.

Grade 0: Normal sensation in hands or feet and no visible deformities.

Grade 1 (G1D): Impaired sensation in hands or feet, but no visible deformities.

The grade of disability a person has depends on two key factors: the type of leprosy they have and the stage at which they were diagnosed and received treatment. Due to the long incubation period, some people are left with rather severe grade 2 disabilities and despite being cured, they are unable to live an independent, pain free life. Others are diagnosed quickly, or have the milder form of the disease (PB), and are lucky to have no visible signs of leprosy.

How does Lepra help people with disabilities?

We strongly advocate for bottom up development, meaning that we want to help restore the power to the people and the governments in affected countries. A large part of our work in endemic states revolves around empowerment, self-care and specialised community support groups. We advocate for people with disabilities through economic, social and physiological support. This is carried out in different ways; through support groups where people can voice their fears and concerns; self-care groups where medical professionals show those affected how to care for themselves after treatment; and forging strong relationships with local governments so that people affected by disability can receive pensions and benefits.

Can you die from leprosy?

NO. Leprosy is curable. However, it can cause such severe depression and mental health issues that a person could die from suicide.

What are reactions and why do some people get them and others do not?

The cause of reactions is not entirely understood. People affected by leprosy can get them before, during, after treatment, and with varying levels of disability and pain.