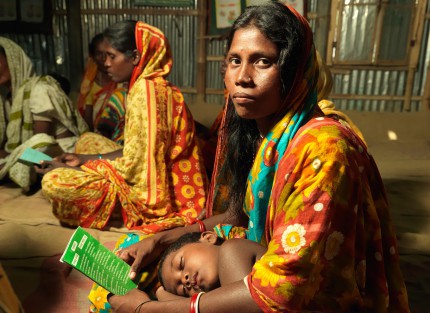 Discrimination and prejudice towards those affected by both leprosy and lymphatic filariasis can drastically impact a person’s life.

Until very recently, leprosy was a justifiable legal reason for divorce. Despite many of the discriminatory laws against those affected by leprosy being repealed, the shadow of this historical inequality lingers over much of society.

People affected by leprosy are often overlooked for basic government grants and struggle to secure constant income. The level of disability often associated with late-stage diagnosis in leprosy means that some people are unable to work. Those that can work struggle to get employed because of the sheer misunderstanding and fear surrounding leprosy.

This level of discrimination can negatively impact a person’s mental health and cause severe bouts of depression and anxiety.

We work with local community members, local government and national government to prevent discrimination and ensure that every citizen is treated the same way. Lepra also lobby’s at a national and international level for the rights of people affected by leprosy and lymphatic filariasis.