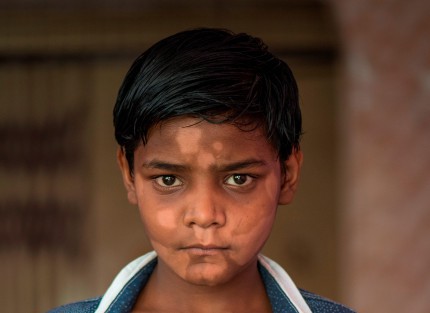 Leprosy, also known as Hansen’s disease, is a mildly infectious disease caused by Mycobacterium leprae. The bacteria affect the skin, peripheral nerves, and the eyes.

Leprosy is curable, but if left untreated it can cause severe disabilities and blindness.

The transmission of leprosy is still not entirely clear, though it is widely thought to passed on by breathing in infected respiratory droplets.

If leprosy is recognised in its early stages, it can be treated easily and it will not cause any disabilities.

Many of the social problems associated with leprosy could also be avoided if people were treated as early as possible.

The first signs of leprosy are usually:

Leprosy is curable with a combination of antibiotics, known as multidrug therapy (MDT). The World Health Organisation (WHO) provides MDT free of charge to all endemic countries.

The treatment consists of a cocktail of antibiotics for 6-12 months, depending on the type of leprosy a person has. Rifampicin, Dapsone, and Clofazimine are used in combination with each other to cure a person of leprosy. In 1945, Lepra were the first organisation to use Dapsone in treatment for leprosy.

Watch our short video on Leprosy.