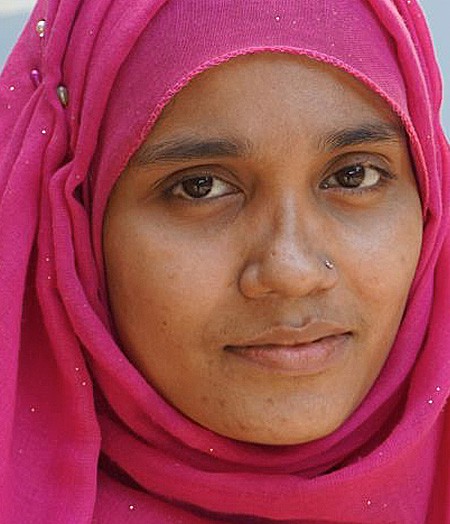 Taslima is a 22-year-old woman currently working as a Mental Motivator in Bangladesh. She was diagnosed with leprosy and, following a course of multi drug therapy, was completely cured.

Taslima decided to become a member of a local self-help group and received training to become a Community Champion, giving her the confidence to speak in meetings and actively educate people on the symptoms of leprosy.

They are trained in basic mental health care and provide support, counselling and referrals for those suffering because of leprosy.

Leprosy goes far beyond physical disabilities and can have a massive impact on people’s mental health and wellbeing.

With more than half of people with newly diagnosed cases of leprosy and lymphatic ﬁlariasis (LF) developing anxiety or depression, our Mental Motivators project provides an important service to improve the mental health and quality of life of up to 10,000 families.

With no-one to talk to about their condition or fears, those affected by leprosy or lymphatic filariasis can become isolated, taking less interest in self-care, thus exacerbating the physical symptoms and even developing suicidal thoughts.

Taslima is now in her final year of studying a BSc and has been supporting the Bogura district federation as the secretary of a local self-help group.

Taslima feels that it is very tough work as people have limited knowledge about mental health in Bangladesh.

She has also recognized that mental health is a very important aspect of someone’s life, “Life is worthless without good mental health”.