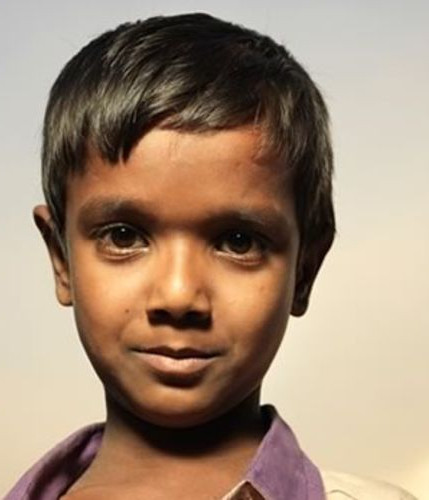 Sumon is eight and plays energetically with his friends near his home. His shirt conceals a patch on his chest. He is happy to show us when we ask.

Sumon says that he used to worry that this tell-tale sign of leprosy would mark him out as being ‘different’. But not anymore.

“Although it was shocking, we were not too concerned that Sumon had leprosy as we knew it could be treated.”

Sumon lives in Bangladesh - one of the world's poorest countries and one of the most densely populated. He was diagnosed with leprosy thanks to our staff being situated close to his remote village.

“A Lepra field assistant told us all we needed to know about the disease and gave Sumon a six month course of treatment. Listening to his reassuring words put our minds at rest.”

“I felt a little frightened at the beginning but not now as I’m already cured. The patch was whiter before but now it’s fading so I’m happy.”

He breaks into a song that we teach to children. Roughly translated the lyrics are ‘take MDT (treatment) and stop leprosy’. All the children giggle and join in.

The slogan seems quite a hit and echoes around the village.

We use this slogan throughout Bangladesh. School education and catchy songs are just two ways we get our health education campaigns heard.