Shiva Kumari is a housewife with three children, living in the Indian state of Andhra Pradesh.  Four years ago, Shiva noticed a discoloured patch of skin on her right hand, but disregarded this. Some time passed before Shiva burnt her middle finger whilst cooking; to her surprise she felt no pain.  She went straight to the hospital where she was diagnosed with leprosy and began a 12 month course of multidrug therapy (MDT).

Despite treatment, the physical effects of leprosy can still linger, and Shiva’s index and little fingers had clawed. Shiva received an appointment at the LEPRA Society Referral Center, where a physiotherapist undertook an assessment and recommended reconstructive surgery to correct the position of her fingers. Surgery was performed a few weeks later, with Shiva returning home.

Days after her return, the COVID-19 pandemic was declared and local lockdown restrictions were put in place.  Without transport, Shiva faced not being able to receive the post-operative care she needed, including having her stitches removed.  The consequences of this may have been surgical wound infection, increased healing time and severe scarring.  However, the LEPRA team stepped in and not only arranged transport to the hospital for Shiva where she had her stiches removed, they advised her on a range of rehabilitation exercises in order to keep her fingers moving. 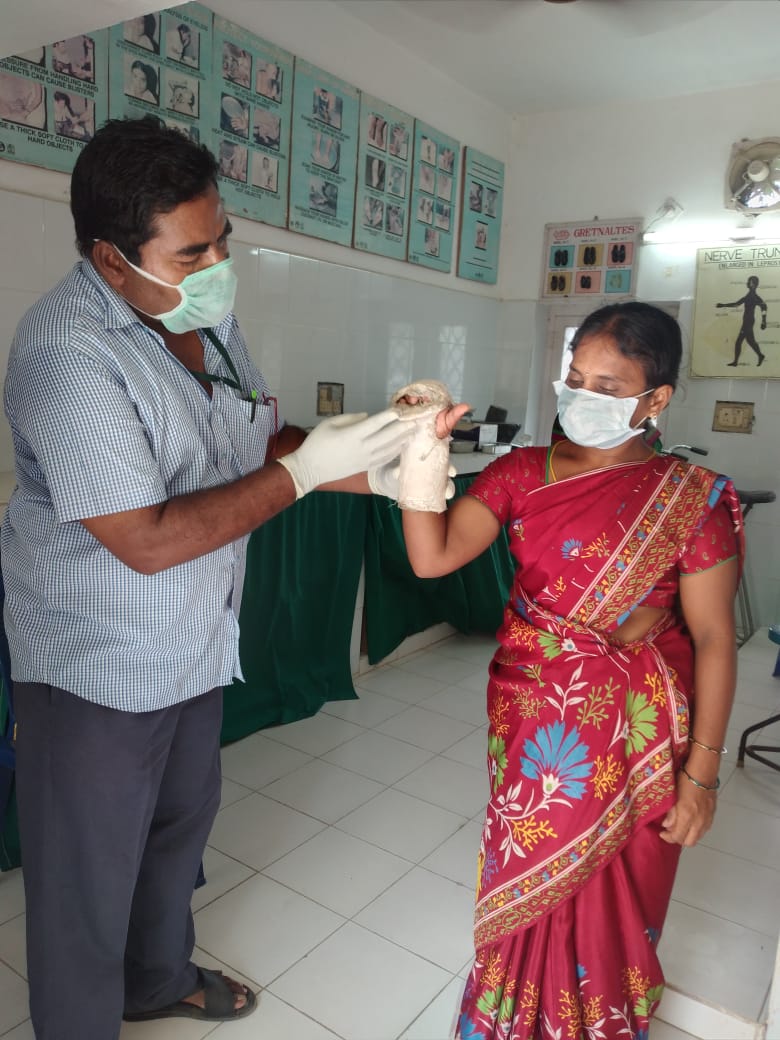 Shiva has her plastercast examined.

‘I worried a lot about my health condition after the surgery, and almost lost hope about receiving post-operative treatment.  I couldn’t get support from local doctors due to the fear of COVID-19, and only emergency cases were being considered by hospital outpatient services. I went to three hospitals for a check-up and none would treat me.  I was so upset in this hard situation, but I needed to stay strong for the sake of my family and children.  In addition to this, my husband lost his job due to the factory where he worked closing down.  Facing a range complex issues, my health, loss of income, and managing my family made it a very stressful situation.’ 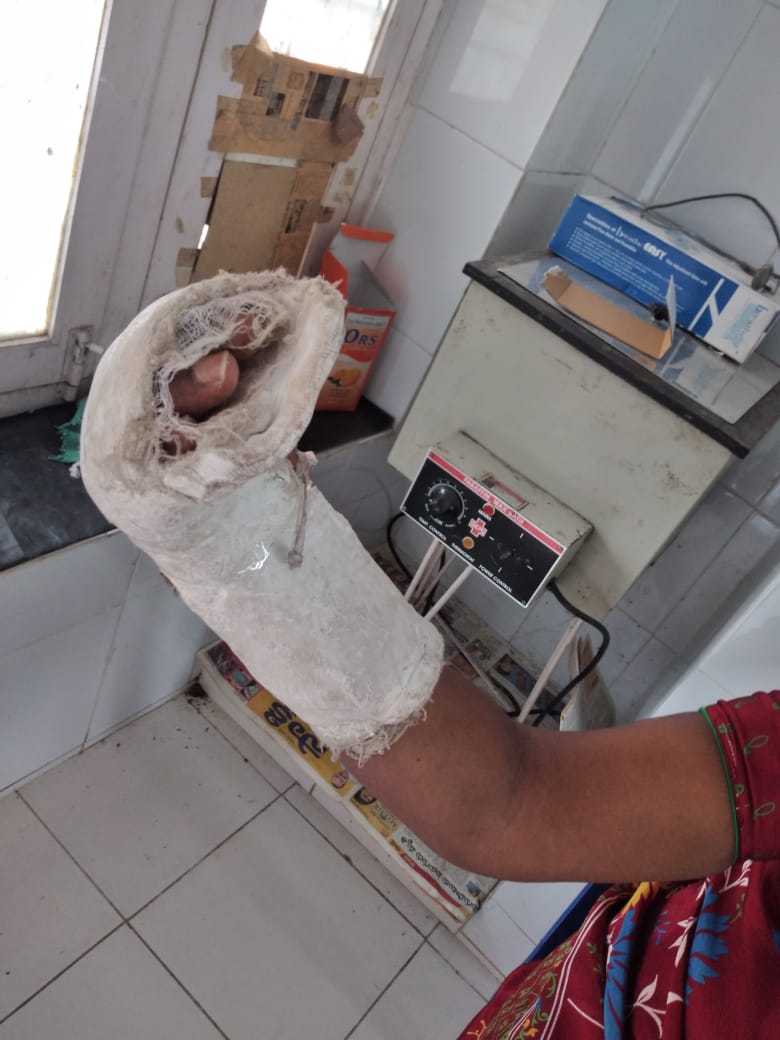 It is clear that the COVID-19 pandemic and subsequent lock down conditions have led to harsh experiences for people affected by leprosy, people with disabilities and those with co-morbidity cases in accessing health care facilities.  However, with the unconditional support provided from LEPRA, Shiva was able to come through this challenging situation, and her health condition has now improved.  By telling her story, Shiva is keen to thank you and let you know that your donations really do make a difference.