In 1919, a 14 year-old Nigerian, Harcourt Whyte, was diagnosed with leprosy, and was driven from school and from his home in the Niger delta. He wandered here and there, starving and despairing, till he came to the developing town of Port Harcourt where he discovered 200 other people like himself, who had turned a vacant plot into a sort of leprosy community. They lived in the greatest squalor in temporary huts, and made some sort of living by begging. Searching for any possible source of succour they thought of the nearest missionary. One day a small deputation, led by Harcourt Whyte, appeared at the house of the Rev. F.W. Dodds, Chairman of the Eastern Nigeria District. He went immediately to the Senior British Administrator, and the outcome was an agreement whereby Government and Church undertook to co-operate in a modern Leprosy Settlement at Uzuakoli. Harcourt Whyte then travelled there 100 miles on foot with 200 others in 1932.

His collaboration with his doctor

His doctor, the Rev. Dr Frank Davey C.B.E. Director of Methodist Leprosy Settlement at Uzuakoli from 1936 to 1959 collaborated with Ikoli – the name Harcourt Whyte chose so that he would be identified as Nigerian. Ikoli produced hymns mostly in Igbo which are still on sale today in Nigeria.

“Dr. Davey taught him everything he knew about music, that he acquired by studying the Methodist hymn book.” - Mr Achinivu, current occupant of the Harcourt Whyte chair in choral music stated. 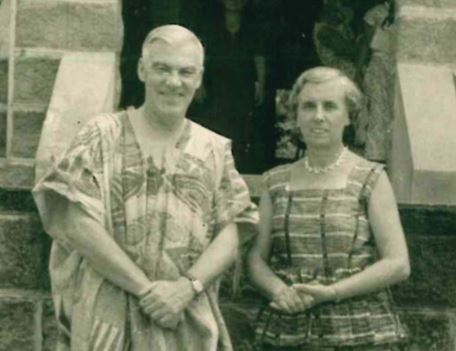 Frank and Kathleen (Kay) Davey outside their house in Izuakoli in August 1959.

But the typical doctor-patient relationship no longer applied after 1949 as Ikoli is, in that year, officially cured of leprosy. But he stays on in the colony with a shared love of music entwining the lives of Dr. Davey, the musical mentor, and Ikoli, the composer. Dr. Davey’s trips to outlying patients now had a dual purpose: to help cure leprosy and to record their traditional music for Ikoli.

On Dr. Davey’s return he would play these recordings to Ikoli, whom he then encouraged to form his own style using these local tunes and words as a platform. The new hymns created by Ikoli became nationally recognised, as ‘They were words of solace, advice, things that would awaken your hope in God.’ [Mr Achinivu.]

Through Dr. Davey’s guidance, Ikoli Harcourt Whyte gradually produced a raft of new, nationally lauded hymns which he wrote with great difficulty due to his hands having lost fingers. Nigeria recognised his importance with the creation of the Harcourt Whyte University Chair for his much-loved, still performed, music. The Daveys were a truly remarkable couple – outstanding in their appreciation of others’ qualities and needs. They nurtured Ikoli’s talent.

Whyte was also invited to teach his music in schools. It was while teaching at the nearby Methodist Boys' High School in Uzuakoli that his and Mr Achinivu's paths first crossed in the early 1950s. 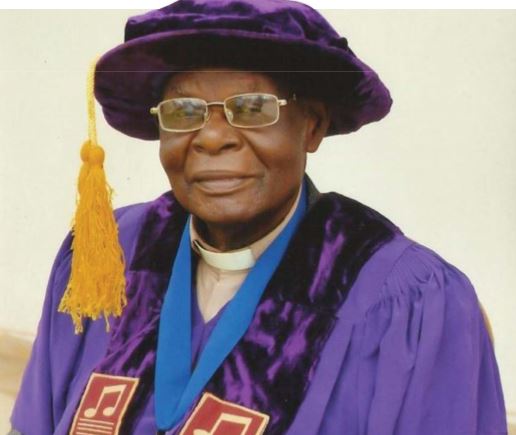 "The secondary school invited him to teach his songs to the school choir and I was a member, and he discovered that I was talented in music," Mr Achinivu said. "Whenever he didn't come, he handed over to me and that was my beginning to conduct choirs."

Mr Achinivu's family were horrified when he informed them that he had changed his mind about studying medicine, deciding to study music instead. They refused. And then, Whyte paid a visit to his family home. "He told them: 'Allow my son, Achinivu, to study the music that he wants to study. Who knows? He may be the one to tell the world about me and my music.' " That heartfelt statement not only succeeded in persuading Mr Achinivu's family, it also proved prophetic. Since 2012, Mr Achinivu has occupied the Harcourt Whyte chair in choral music at the University of Port Harcourt. 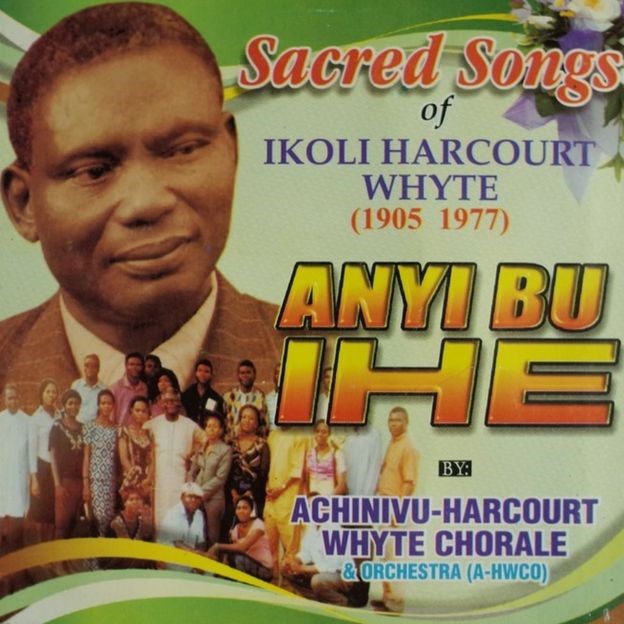 Ikoli composed over 200 hymns, mostly in the Igbo language. He set up a choir made of people living with leprosy, who toured Nigeria. They also performed for British dignitaries who visited colonial Nigeria. During the Nigerian civil war when leaders of the Igbo ethnic group attempted to secede and form a different country called Biafra, Whyte's songs were popular as a source of courage and hope.

His CDs are now on sale in Nigeria.

“He didn't want instruments with his music so that they wouldn't overshadow the message," said 85-year-old Godwin Harcourt, Whyte's oldest child.

"From his songs, you could get solace, advice, things that would awaken your hope in God."

Godwin grew up in the leprosy colony with his father, although living in separate quarters, and became a school teacher. "Every school I was sent to, I made sure I formed a choir there so I could teach his songs," he said. He was always going on tour with his choir," said Whyte's grandson, Somiari Harcourt, a 50-year-old medical doctor who spent some of his childhood years living with the composer. "I did not appreciate his music until I became older, then the songs began to make sense. I became amazed that someone could write so much with limited education."

"We can't present lepers to the world."

Four years after Whyte's death, renowned Nigerian playwright, Ola Rotimi, was commissioned to produce a play for Nigeria's 21st Independence Day anniversary on 1 October, 1981. He chose to base it on the life of Whyte and approached Mr Achinivu, who offered him his thesis for all the information he might need. Mr Rotimi then asked Mr Achinivu to provide the music for the production, titled ‘Hopes of the Living Dead’. The professor assembled a choir that worked hard to learn dozens of Whyte's songs. But, when they travelled from south-east Nigeria to the then capital city of Lagos to attend rehearsals a few weeks ahead of the big day, a director at the Nigerian ministry of culture was not impressed with Mr Rotimi's plans. "He said that we couldn't be presenting lepers to the world on Nigeria's 21st independence anniversary," Mr Achinivu said. And the national performance was cancelled. ‘Hopes of the Living Dead’ was eventually staged in some school theatres. 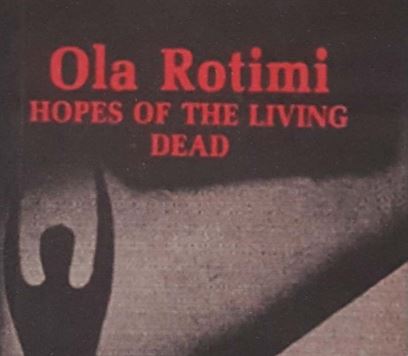