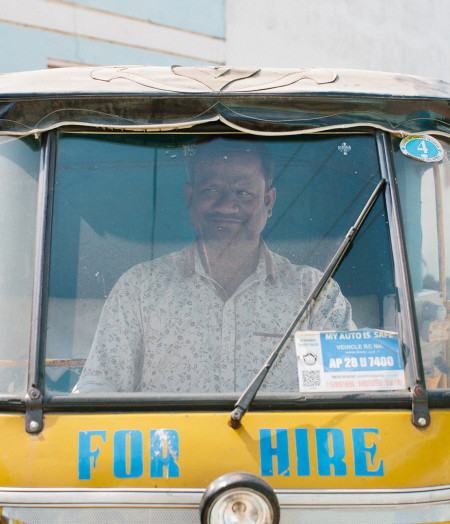 Mohamed works as a driver in Hyderabad. His driving work is key as he brings children to and from school every day.

A few years ago, Mohamed developed deformities on his hands and feet.

He consequently spent a lot of time and money visiting private doctors, who were unable to find a diagnosis or treatment for him.

As a result his condition worsened over time and in 2015, he developed red patches of skin across his face.

He visited a hospital in Hyderabad and was finally diagnosed with leprosy. They referred him to Lepra’s Nallakunta Referral Centre. Here he was prescribed multi drug therapy treatment for 12 months and shown important self-care practises.

He is happy to live with his family and to live comfortably with them.

He wants his children to be successful and to not work as a driver like himself.