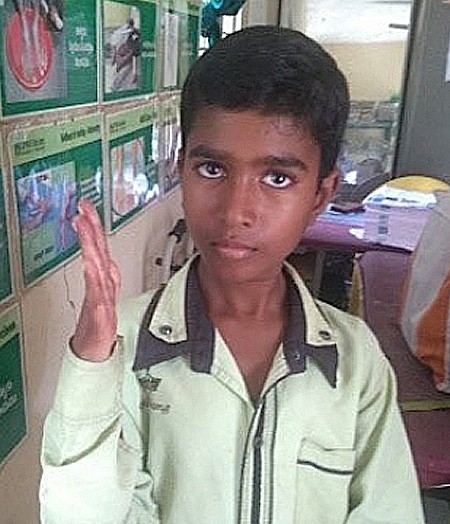 Lokesh is 12 years old. His mother noticed numb patches of skin on his right hand and right leg and was concerned. She took him to a dermatologist for treatment. The dermatologist diagnosed Lokesh with borderline tuberculoid leprosy and sent him to the Vizianagaram referral centre for more tests.

At the referral centre, Lepra staff tried to treat his leprosy while also dealing with the resulting disability.

Lokesh was given a specialised sling for his right arm and was given extensive physiotherapy to correct his hand strength and position. Lokesh continued the multi-drug therapy after the course completion of prednisolone.

Lokesh and his mother were pleased with the treatment he received. He is able to use his hand normally again now