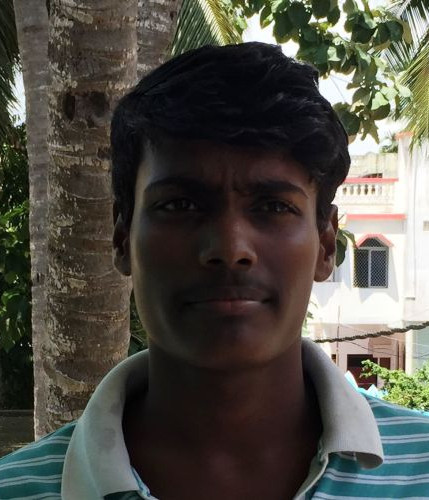 Krutibasa is 17 years old and enjoys being active and spending time with his friends.

However, in 2016, discoloured patches appeared on his face, and he found he could no longer lift his right foot, a condition known as ‘foot drop’.

I was very frustrated when I had foot drop.I could no longer do the things that I once found so easy.

Krutibasa’s parents, aware of the symptoms of leprosy, took him to an Accredited Social Health Activist (ASHA). The ASHA, also suspecting leprosy, referred him on to a government doctor, who confirmed the diagnosis.

I had never heard of this disease. Then, when I saw my parents’ reaction, I got scared because of how worried they were. They thought I would get treated differently because of the prejudice associated with this disease.

We provided Krutibasa with the free multi-drug therapy treatment to cure him and a course of physiotherapy to strengthen his foot.

However, his concerns about prejudice remained, so we encouraged him to join one of our self-help groups.

Self-help groups bring people affected by leprosy together to share experiences, learn new skills and build a stronger voice in their community, allowing them to confront prejudice and advocate for their rights.

The support and knowledge Krutibasa gained, enabled him to show his friends and family that they should not treat him differently, helping him to avoid the life-long prejudice many can face, even from those closest to them.

My friends and teachers at school now know about my leprosy diagnosis and I’m treated completely normally.

Looking forward to a bright future

Krutibasa’s foot is much stronger now and he can walk with ease. His patches have also faded, so no visible signs of the disease remain. He is looking forward to a bright future and plans to study the arts at university next year.

Krutibasa's story shows the power that knowledge and peer support can have in the fight against prejudice.

With your support we can ensure more people have access to self-help groups, so they can gain the strength and resilience to confront discrimination and prejudice head-on.