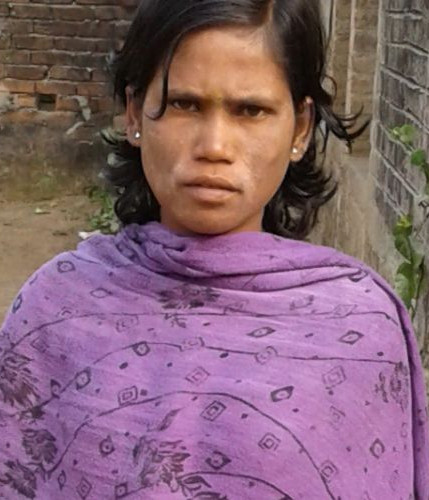 Kajal was just 13 when she found out she had leprosy. She thought her life was over. Her body was covered in multiple lesions and she's been forced to abandon her education because her school friends thought she was cursed.

When Kajal discovered the first patch of numbness on her skin, her family tried to get her help, but as her family lives in a very rural part of India they only had access to a village doctor, who didn't recognise the symptoms. As time went by, the patches increased in size and number and Kajal was shunned by her community.

Eventually Kajal was able to visit the District Hospital in Munger where she was correctly diagnosed with leprosy and she began the multi-drug therapy before her hands clawed and her feet dropped. However, when Kajal took an adverse reaction to the drugs she was referred to our Referral Centre where we were able to help her complete therapy with extra emotional and physical support.

Looking to the future

Kajal, now 16 years old, says,  “I have faced several problems in my young life already. All my dreams are shattered. Now I want to study and do a nursing course so that I can serve the sick people.”

Well on the way to fulfilling her dreams, Kajal is back at school and studying hard.