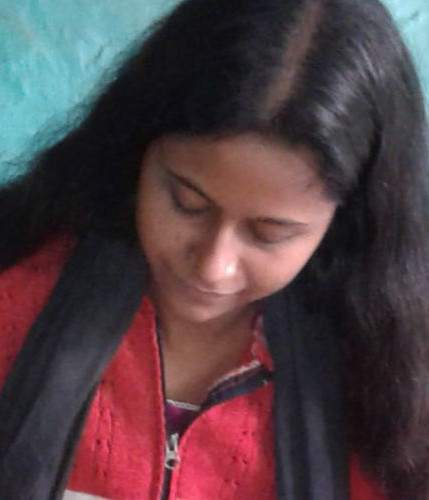 Huma Praveen is 16 years old and for someone so young she has been through an extraordinary journey to reach her current healthy and happy state.

When Huma first told her mother of the patches she had found on her body, the family could not afford to seek help. However, once the patches began to grow they did everything they could to find out what was wrong.

They sought out homeopathic practitioners and the local doctor but all were unable to rid Huma of the increasing numbness she was feeling in her right hand.

It wasn’t until almost a year later, when the family went to Mungar’s District Hospital, that they were able to get a diagnosis of leprosy.

It was at this point that Huma underwent her first course of therapy but things took another turn when she took a bad reaction to the medication.

After months of more doctors, failed treatments and crippling costs, it was finally a relief when we met Huma at the Referral Centre and were able to provide effective steroid therapy.

While the medicinal treatment was vital to Huma’s recovery, our subsequent after-care has helped to rehabilitate her both physically and mentally.

Our centre staff were able to provide physical therapy to help Huma regain full use of both her hands and now we are working to register Huma on the social welfare scheme.