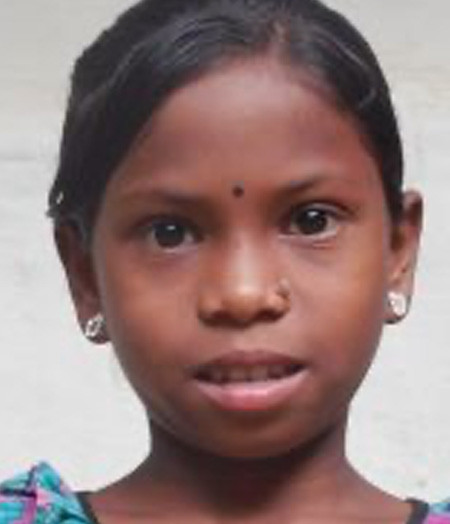 Champa lives in a remote village in the Alibahar Tea Garden Area in Bangladesh. She shares a tiny sheet house with her mother, father, four brothers and three sisters.

She was just 9 years old when she was diagnosed with leprosy.

Champa was found by one of our Community Champions during a survey to actively find people living with undiagnosed leprosy. Whilst they were educating people in the village about the symptoms of leprosy, Champa recognised these symptoms on herself. She came forward from the crowd and asked to be examined.

She was referred straight away to a health care centre, where she was later diagnosed with leprosy. She was prescribed multi-drug therapy to cure her of the disease and because she was found early, she will have no permanent disabilities.

“Because Champa was diagnosed with leprosy at the early stage. I am very happy, because, she will not suffer any disability.”

Champa is now studying in class two at the local school. She hopes to become a doctor to help other people in the village when she grows up.

Champa said, “I could help my friends at school if they have patch like me.”

Just £6 a month could train five more Community Champions a year, allowing us to find more children, women and men living with the effects of leprosy.