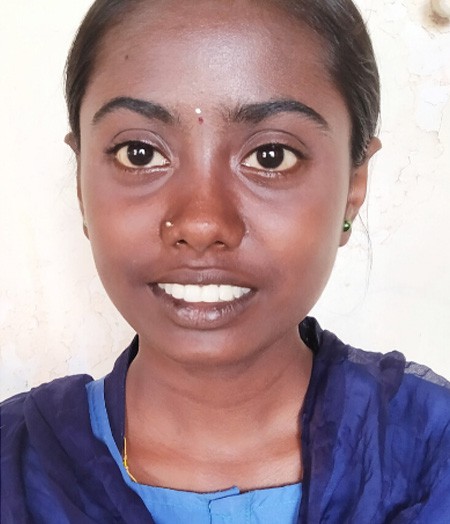 Bheemadolu is 14 years old and lives in India. She lives with her sister and her parents. Her family are not wealthy and her mother suffers severe disability due to polio.

She first noticed something was wrong when she spotted pale patches of skin on her left leg. She suffered ‘foot drop’, a common indictor of leprosy and she was unable to walk. During a school survey activity carried about by NLEP, Bheemadolu was diagnosed with multibacillary (MB) leprosy and began multi drug therapy.

During her treatment, she was referred to Lepra’s referral centre in Eluru, where she met with a physiotherapist. The physiotherapist assessed the weakness in her left leg and taught her exercises to strengthen the muscles. She also began a steroid treatment.

Bheemadolu adhered to her exercise and was soon able to walk properly and play outside with her friends.

Her parents had been worried after her initial diagnosis that her life would be ruined by leprosy, but she has proven that this is not the case and is now living an ordinary life like any other child.