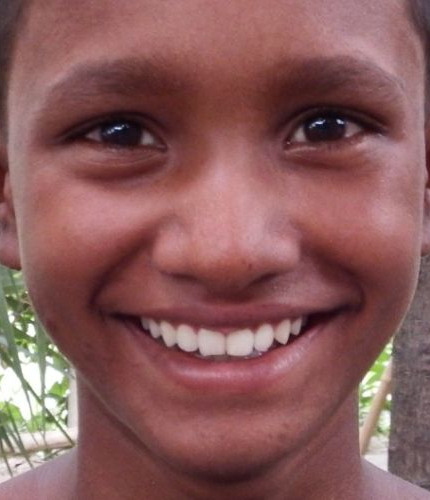 Babu Mia lives in a small village in the Bogra district of Bangladesh. Babu is only 11 years old but has just been diagnosed with leprosy.

No one knows how Babu became infected but he has passed leprosy on to his parents and three brothers too.

Thankfully, this is a success story

A village doctor, who had been trained by our local team to recognise the early symptoms of leprosy, spotted light patches on Babu’s skin.

The doctor referred Babu and his family for diagnosis with our team – a simple sensitivity test for numbness in the hands or arms confirmed a diagnosis of leprosy.

They were all then started on multi-drug therapy. Thanks to one Lepra-trained doctor, Babu, his parents and three brothers have been saved from a future blighted by leprosy.

Help us take the crucial first step to Beat Leprosy

Early detection and diagnosis is the first step in helping more families like Babu’s beat leprosy.

With your help, we can fund more vital early detection and diagnosis services and stop undiagnosed leprosy devastating lives.