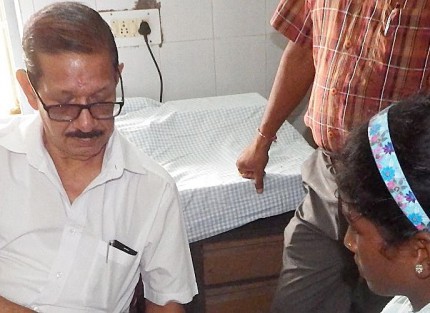 Among the 11 districts of Delhi there is a high prevalence rate of leprosy and the proportion of severe disabilities among new cases ranges from 0% to 38% which ios why we work here.

We first began working in Delhi in 1999 with our mobile leprosy treatment units and in 2012 the Delhi Leprosy Referral Centre was established in partnership with state leprosy office in the Guru Gobind Singh government hospital. The purpose of this referral centre is to provide and ensure access to quality leprosy services and bridge the gap in services not available in the existing health system. Our work here now has a strong focus on women and children.

We want to promote early case detection among women and children and prevent disability as well as halt the worsening of existing disabilities among people affected by leprosy. We also want to empower the people affected to claim their rights and entitlements.

We set up and work with local self-help groups empowering them to advocate for their rights but also to promote awareness of leprosy within their communities helping to find more cases at an earlier stage. Contributing to this, we visit schools, screen children with skin rashes and closely follow children of leprosy families ensuring they are fully cured.

We also teach self-care methods for people affected by lymphatic filariasis as well as leprosy and provide ulcer care. Our protective shoes are also distributed across the area to those in need.

Anti-prejudice activities among communities are also key to our work.

How you can help?

By taking part in a challenge event you could help let more people know that leprosy exists while also fundraising. To see what events we’ve got going on, visit our challenge page.