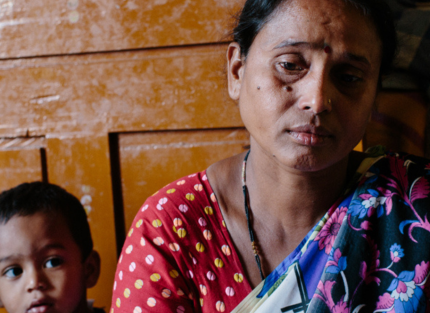 Our project in Chhattarpur District, Madhya Pradesh State, India, focuses on improving the lives of people affected by leprosy and lymphatic filariasis (LF) through sustainable community-driven support and action. Funded and supported by Effect Hope, Samarth continues our holistic people-centred approach, providing comprehensive care and support for physical symptoms as well as mental wellbeing for people marginalised by these diseases.

Leprosy and LF are both endemic in the district of Chhattarpur, Madhya Pradesh. This area is also marked by extreme poverty, poor quality health services, and general mistrust in healthcare providers. Long-term underfunding of healthcare resources has resulted in a lack of healthcare staff specifically trained in leprosy, LF, and mental health. Without training of health care staff to recognise, treat and manage leprosy and LF, and without a community-based intervention to support the wider psycho-social needs of the people affected, the situation will only become worse. Research from our programmes in India has found that one in three people affected will develop moderate to severe anxiety, with nearly one in two developing moderate to severe depression.  Mental health problems are a significant factor of mortality and morbidity, affecting the quality of life for the person, their family, and the wider community.

The main objective is to improve the lives of the people affected by leprosy or LF with a particular focus on mental health. By creating an enabling environment, Samarth will provide a community-based mental health service, strengthen knowledge, and promote the use of the service, with the ultimate aim of improving health and psychosocial outcomes for people affected to foster good mental health.

Samarth will create and support over 100 self-support groups (SSGs) within three blocks of Chhattarpur District - Rajnagar, Gaurihar, and Luv-Kush Nagar.

Across the project, we will be providing a comprehensive self-care package for people affected by leprosy or LF, which includes:

In addition, we will introduce mindfulness exercise or peer counselling into two of the blocks at their monthly meeting which will have a positive effect on the mental health of SSG members.

What impact will the project have?

We expect to reach at least 1,500 adult men and women affected by leprosy or LF, who will form the 100 self-support groups. By being members of an SSG, they will have:

In addition, SSGs will become a community source of awareness around the two diseases, management and support for each affected person’s physical, as well as mental, health.

One hundred Accredited Social Health Activists (ASHAs) will be trained to support the SSGs in their local community.

Donating just £15 could provide five people affected by leprosy and LF with vital self-care kits including soap, oil, towels, and disinfectant. These are so important in helping them reduce the painful symptoms they experience.