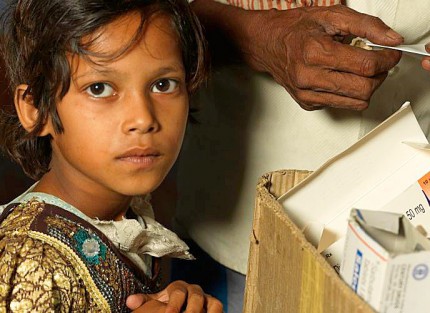 Munger district is endemic for leprosy and lymphatic filariasis (LF). To combat this, a leprosy referral centre was set-up in 2005 and later included LF activities. We began running a project from the centre to provide health care services that could serve as one stop centre for treatment and disability management.

This specific phase of the project began in 2016 and will last three years. It builds upon the work we’ve done over the years in Munger and combines approaches for tackling disability, disability management and inclusion when it comes to leprosy and LF.

With this three year phase there are a few objectives we are looking to achieve. They include:

What do we know about the people we work with in this area?

The centre contains an extensive list of services that begins with diagnosis and then sees a patient access physio, protective shoes, counselling and self-care demonstrations but we also:

What do we know about the people we work with?

In 2016 we asked those people affected by LF in the area some questions and were able to discover some significant findings:

We couldn’t have changed the lives of so many people through our Munger Referral Centre without you and we hope to continue making a difference with your support.

Just £11 pays for a theatre group to conduct a community awareness performance which can 500 people with messages on what to look out for and where to find help.