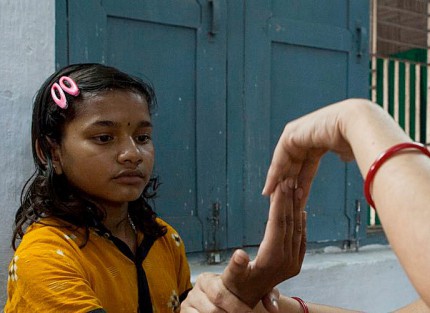 We began working in this area of Odisha in 1991. The main focus back then was to reach out to the most marginalised tribal communities and to provide those affected by leprosy with quality health care services.

Over the years this has remained our focus and currently, we work in the 3 districts of Koraput, Malkangiri and Nawarangpur where 74% to 82% of the population are living below the poverty line. That’s more than 405,500 families. Among these there are a high number of people with leprosy-related disabilities; 1169 presenting with severe disabilities.

From 2016 to 2019 we want to further improve access to care for those affected by leprosy, improve the lives of those with a leprosy-related disability and prevent further disability. We’ll also focus on helping people to access their rights.

We will improve the quality of life of people affected by leprosy-related disabilities and complications. We also want to increase the number of cases of leprosy we are able to find at an early stage therefore preventing disability and empower people to claim their rights.

What we know about the people we work with in this area?

To help us continue our work in this region and relieve some of the burden of having been affected by leprosy, there are lots of things you can do for us. You can take part in a challenge event or hold a life-changing tea, find out more here. Together we can beat leprosy.