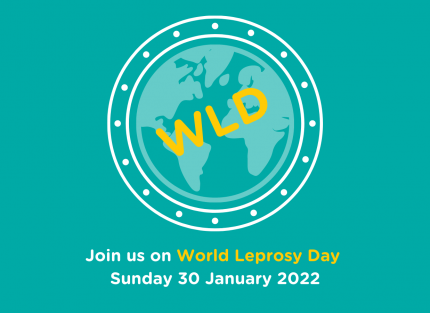 The reality of these laws, such as those allowing for the segregation of people affected by leprosy, means that they are cut off from their everyday lives. For children, it may mean they can no longer attend school. It also removes any way of opposing the enforced isolation. Lepra may be able to provide free-of-charge treatment and support within their community but the law calls for segregation, and with it, prejudice.

Today, we look back to the 1960s and find out just what these laws meant for people affected by leprosy; to have rights, dignity, and well-being removed. 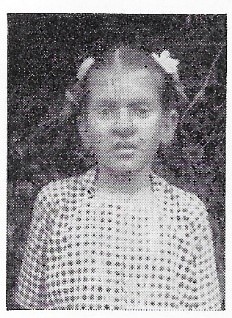 The little girl in the photo; her hair decorated with flowers and her neat dress, is clearly well-cared for. Her name is Amara and she is twelve years old. Living with a highly infectious form of leprosy, the orphaned child spent her days alone in a small, dark hut on the outskirts of her village. Each day, her sister, on her way to work in the fields, would leave her with nothing but a bowl of rice. Denied all human companionship because she was affected by leprosy, this abandoned and neglected child spent her life suffering from physical and mental pain.

Lepra stepped in; treating and settling her under the Child Adoption (Sponsorship) Scheme, allowing donors in Britain to fund the in-patient treatment of young children overseas. The photo is from this period of time when she was looked after; cured of leprosy, her disabilities cared for and her mental well-being supported. As soon as Amara was well enough, she would have joined children of her age group in school, experiencing friendship and support for perhaps the first time. After a year or two, she would be well enough to return to her sister and her community. If her brothers or sisters developed leprosy, Lepra would be able to intervene early due to their awareness of Amara’s case - preventing long-term damage to their health.

Seeing children like Amara flourish in sympathetic communities led Lepra to the development of projects in place today. Counselling by peers, support from others with similar experiences, and care from within communities continue to be vital pillars of our work, such as our Mental Motivators project.

Lepra helps people when they are at rock bottom, like Amara; if her legal rights had been protected perhaps her segregation may never have happened. Her distress, not only caused by her disease, but also by her profound isolation at so tender an age, was appalling. Advocacy, to change the laws that continue to allow this treatment, is key to changing the perception of leprosy and protecting the people affected by it. This World Leprosy Day you can advocate for people living with leprosy across the world by leaving a message; of support, friendship or hope for the future.

Next entry: Dancing for Lepra!