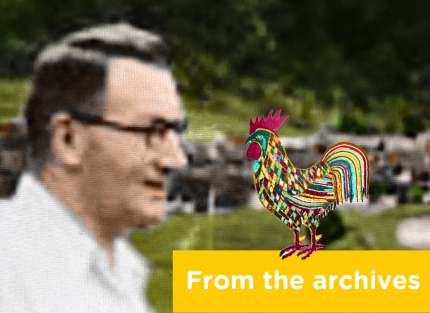 Each year, World Humanitarian Day focuses on bringing recognition to humanitarian workers that have risked, and in some cases ultimately lost their lives in the course of their work. It aims to honour all aid and health workers who continue, despite the odds, to provide life-saving support and protection to the people that need it most. It provides us with the opportunity to share with you the story of Dr Gordon Ryrie (1899-1953) whose devotion to the care of people affected by leprosy meant the sacrifice of his own freedom and health.

The photograph of Dr Ryrie below typifies the image he presented to the world, a man of steely determination and scrupulous care. His experience, recounted here, stripped away the smart exterior; yet his determination, intelligence and strong sense of morality remained undented. 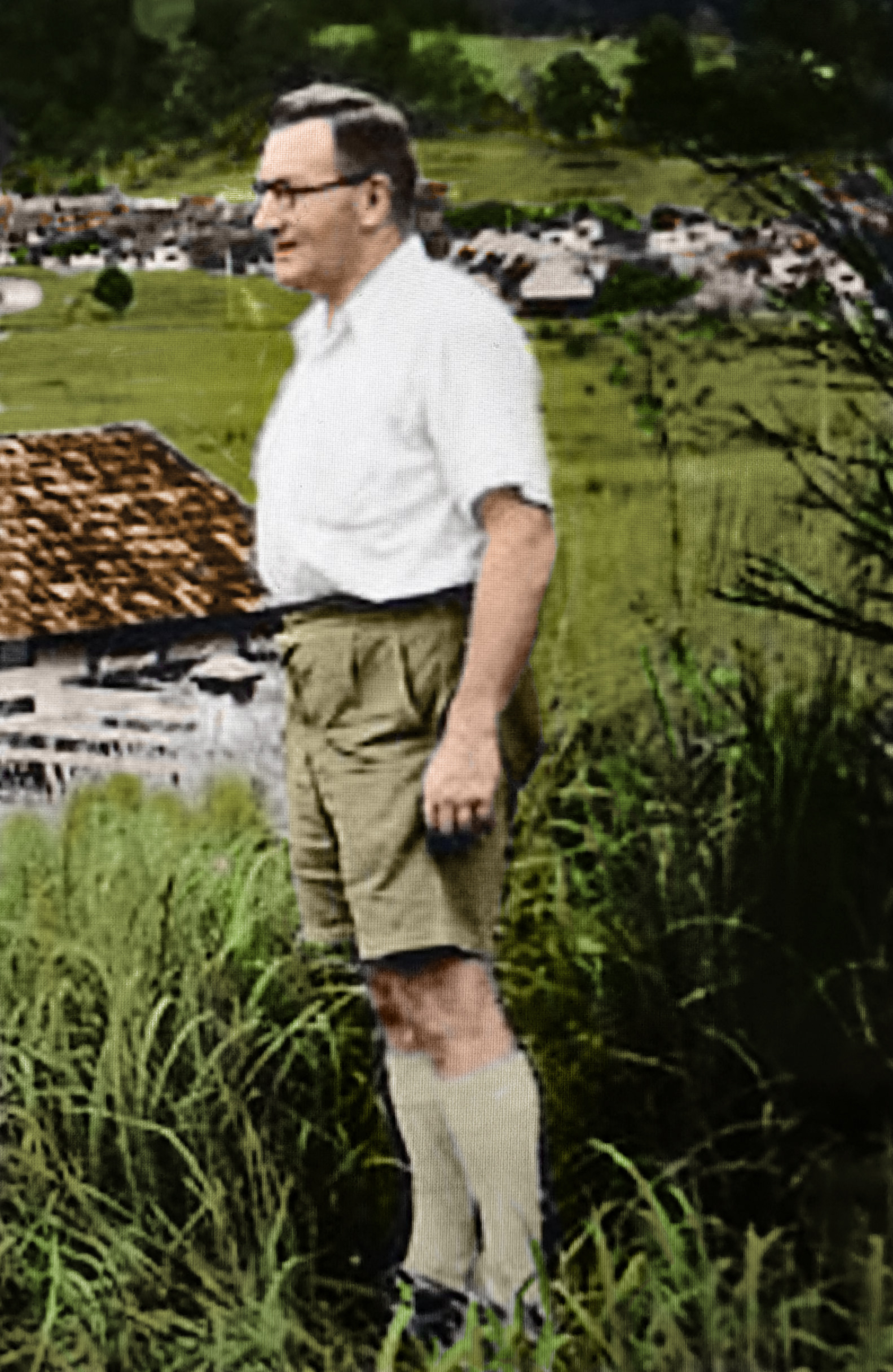 Before such time that a cure was available, attitudes towards people affected by leprosy were vastly different; the disabilities it caused and the resultant impact upon livelihoods led many to consider the people it affected as worthless. In fact, an article in the British Medical Journal from 1939, stated that “It is one of the sad things about leprosy that it does not kill, that is the tragedy of it.” However, Lepra worker, Dr Ryrie vehemently disagreed with this sentiment and his mission to change that prevailing attitude was demonstrated at Sungai Buloh; a thriving leprosy settlement of 1,100 people in Malaysia (then known as Malaya) of which he was in charge. In lockstep with Lepra and the local government he believed that:

“With proper care, the pain and fever can be controlled and the person affected by leprosy can live a fairly normal life: - do some work; play some football; take their place in the community and keep their own personality. But they need help, encouragement, and people to stand by them. With that, the courage and ability to make good, are features that make the person affected by leprosy very loveable.”

The word ‘loveable’ is both surprising and revealing. It surprises because perhaps we expect the word ‘happy’ or ‘content’. Instead, Dr Ryrie reflects his fondness for his patients and the value he attributes to their personal qualities. It is easy to believe that the word-choice was perhaps a very deliberate rebuttal to the prejudicial opinions that people affected by leprosy usually faced.

As to Sungai Buloh itself, there were sports grounds for those able to participate, clubs and reading rooms, and a number of schools for the children. It was one of the largest and most modern leprosy settlements in the world at that time, at the forefront of both research and treatment with its modern facilities and amenities. 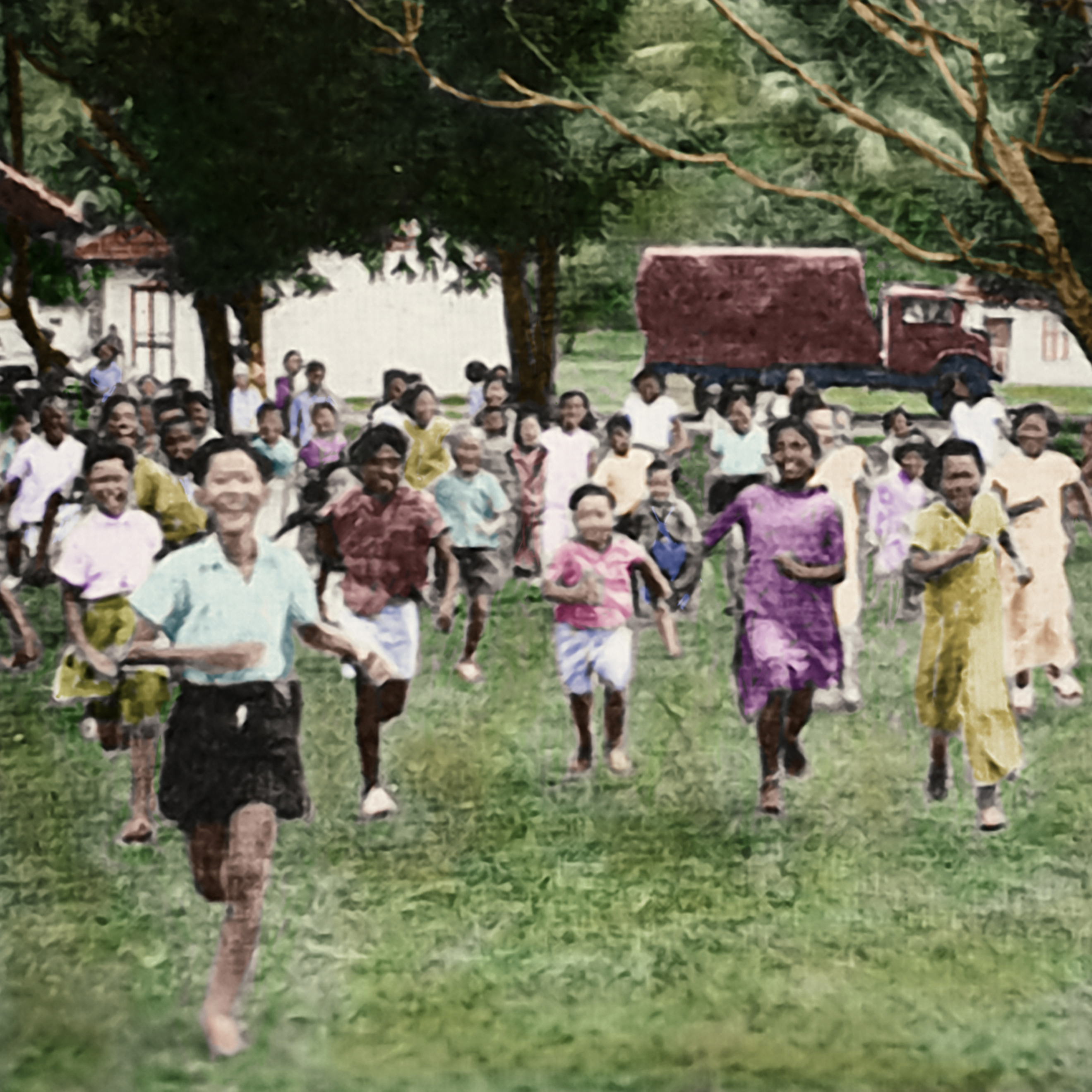 Dr Ryrie created an environment in which the people affected by leprosy in his care could lead a life of dignity and the reciprocal affection between himself and his patients was confirmed when the territory was captured by Japanese soldiers during World War II. Refusing to abandon Sungai Buloh and be evacuated to safety, Dr Ryrie was taken prisoner.

He suffered greatly as a prisoner of war and upon his release he had to spend a long period of convalescence before he was even well enough to return home. The physical toll it had taken upon him rendered him unrecognisable, even to his own wife.

Dr Ryrie exemplifies the meaning of World Humanitarian Day; an individual that placed his own life in grave danger to protect and improve the lives of others. Lepra workers, like Accredited Social Health Activist Yadari Ramadevi, continue to embody the humanitarian spirit of Dr Ryrie; bravely working in the face of danger to protect those in need.

Next entry: World Humanitarian Day 2021 - How Lepra responded to the humanitarian crisis caused by COVID-19.