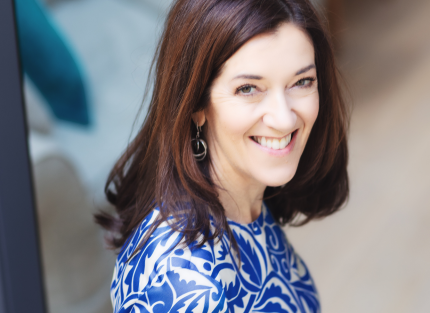 Victoria Hislop has been a Lepra ambassador since 2013 and has supported us enormously over the years.

Today, October 29th, marks the publication day of One August Night, the long awaited sequel to The Island. Spinalonga, the former leprosy settlement, The Island and its characters have been an important part of raising awareness of leprosy.

The sequel was not a long-term plan!  But at the beginning of lockdown, the idea began to form and it was a perfect time to write.  We were all in the house, needing something to keep our minds off what was happening around the world – and to retreat into the imagination was the perfect escape.  I started writing at 9 each morning and finished at around 6.  So there was little disturbance – little distraction!  And I realised how much easier it is to write under these circumstances than the usual ones – where we all have meetings and social lives!

The main character from The Island, Maria, has been cured of leprosy at the beginning of One August Night, but there are many occasions on which she realises that stigma is still firmly attached to her.  Even though she carries no signs of having had the disease, there are people who shun her.  There are other characters in One August Night who carry different stigma or shame.  - Victoria

Here is a video of Victoria discussing the history of leprosy from Spinalonga, Crete, the setting for both The Island and One August Night:

We are very excited to read the new book, and we wish Victoria and very happy and successful publication day!

You can get your copy of One August Night here.