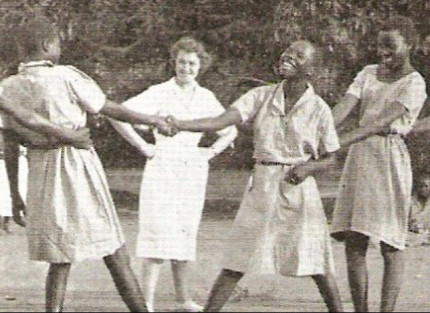 On 6th February, Her Majesty Queen Elizabeth II marks an unprecedented milestone for a British monarch as she marks her platinum jubilee; seventy years since her accession to the throne. As the patron of Lepra since 1952, we would like to draw attention to the generosity and thoughtfulness that the Queen has always demonstrated by sharing a story from our archives.

Join us as we follow the trail of a large slice of the Queen and Duke of Edinburgh’s wedding cake; from the wedding banquet at Buckingham Palace it travelled to Nigeria, where it became known as “The Nigerian Slice”. Hello! magazine called it “The 10,000-mile wedding cake”. But why did a slice of cake make such a momentous journey? The story begins with orphaned children, affected by leprosy, whom the Queen sponsored in the 1940s and 1950s.

"Her Majesty’s genuine sympathy in the unhappy plight of the victims of leprosy was shown when, during the last Royal tour of South Africa, she and Princess Margaret left the Royal Party to walk over and speak with a group of children who had to watch in isolation."

This was no small gesture of the Queen; as the two sisters, on their own initiative, broke away from the Royal party to seek out these young children. The children had been kept at a distance throughout the visit, in “sad isolation” due to their leprosy diagnosis, but the striking image, which formed the cover of Lepra News in July 1952, showed the children being greeted by the Princesses, basking in the warmth of the unexpected human contact. 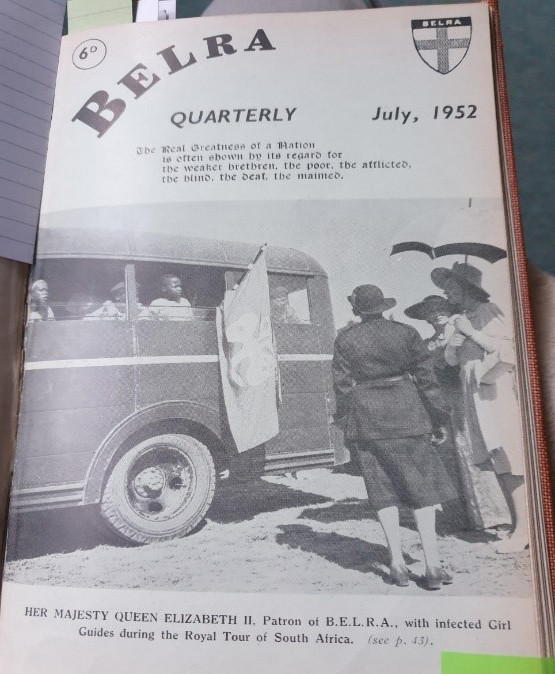 Commencing in 1937, the Child Adoption Scheme allowed the sponsorship of a child; funding the care of children affected by leprosy during the period of their treatment. Signifying her kindness, the Queen sponsored a young girl called Budesta Kevina, so that she could be treated in a Lepra settlement in Africa, receive an education and hopefully, once cured, flourish. Without the intervention of the Queen, she would have been shunned by society; condemned to a future of poverty and pain, perhaps succumbing to a secondary infection caused by leprosy.

Sponsorship gave Budesta a chance at a different life. It meant she could enter a leprosy settlement where she could have treatment, an education – and fun! Coronation Day, for example, for Budesta was a day for celebration. As a schoolgirl she had sports all morning and “In the evening we had a huge bonfire, and the children gave an excellent concert…and everybody enters into the fun with tremendous enthusiasm.”

Budesta became a girl guide in 1954 at a District Rally where “the Queen’s little adoptee was enrolled”. We learn that the children from the settlement were nervous when meeting with other schoolchildren in case they were ostracised because of their leprosy diagnosis but “they needn’t have worried as it was an excellent day.” Our story teller from the time writes: - “I know the Queen would have been tremendously interested.”

Back in the settlement she, Budesta, had an excellent patrol leader called Grace who inspired her to seek a leadership position within her community too, and so she became an acting leader: - “she is very young still and inexperienced and needs quite a bit of help in understanding the responsibilities of patrol leaders.” 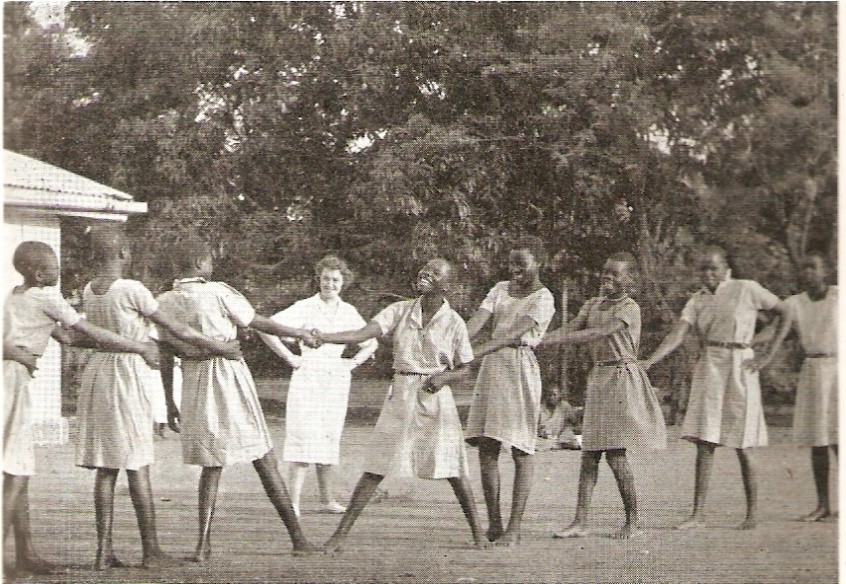 The Guides at Kumi

We know that Budesta was treated for leprosy and that she was educated, she seized upon the chance the Queen’s sponsorship offered and enjoyed a ‘normal’ childhood. The real joy is to find out that once cured and now an adult, Budesta was discharged from the settlement in 1958, and left to get married, entering society once again. 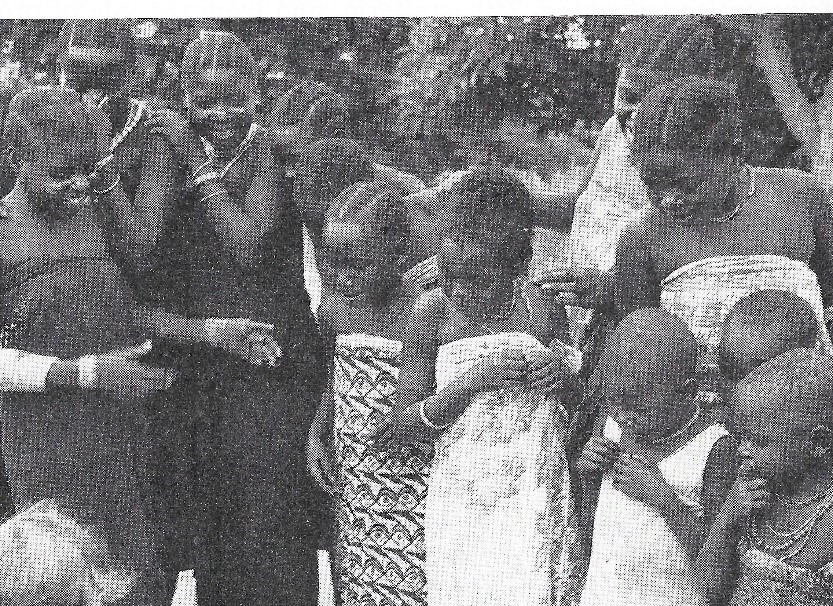 Budesta was not the only child sponsored by the Queen, and other members of the Royal Family sponsored children too.

And so it was, with these very children in mind, a slice of the wedding cake was cut in London, packaged and then sent across the world. Eventually, it arrived at a Lepra settlement in Nigeria; connecting a young woman in Britain embarking upon a life transformed to the young orphans whom, without her generosity, would have been unable to have their future changed for the better.

Lepra would like to take this opportunity to congratulate Her Majesty, our patron, on this very special anniversary. 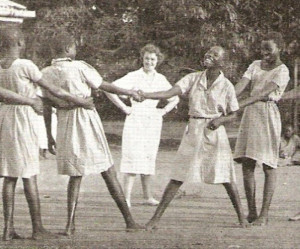 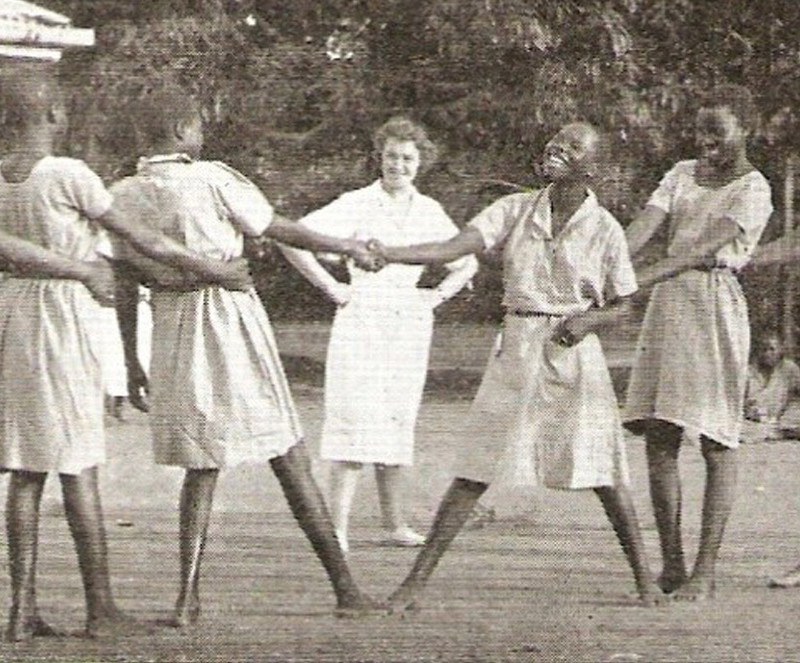 Previous entry: Women: the unequal impact of discriminatory laws in a patriarchal society