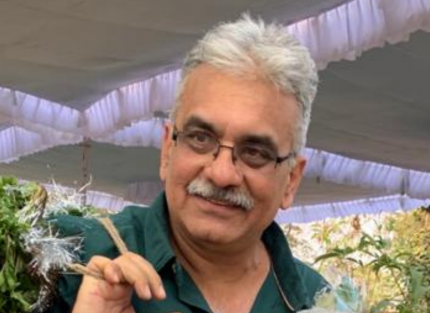 Ashim was a development sector practitioner with over 30 years' experience, across a wide range of organisations in the sector. He was a greatly admired team leader, having managed many complex assignments during his career. He served as LEPRA Society’s CEO from 2014 to 2020.

Prior to joining LEPRA, he was working with UNICEF in Chhattisgarh, where he implemented a large public health initiative in difficult-to-access areas, affected by the Naxalite crisis. In addition to his involvement with grassroots NGOs and people’s movements, Ashim was also the Madhya Pradesh State Representative for the Department for International Development (DFID). He established DFID’s partnership in the State and enabled the Government of the UK’s support for poverty reduction in Madhya Pradesh.

Ashim was passionately committed towards gender equality and economic justice. He believed in the role of people’s collectives to bring about sustained social change for the benefit of all. 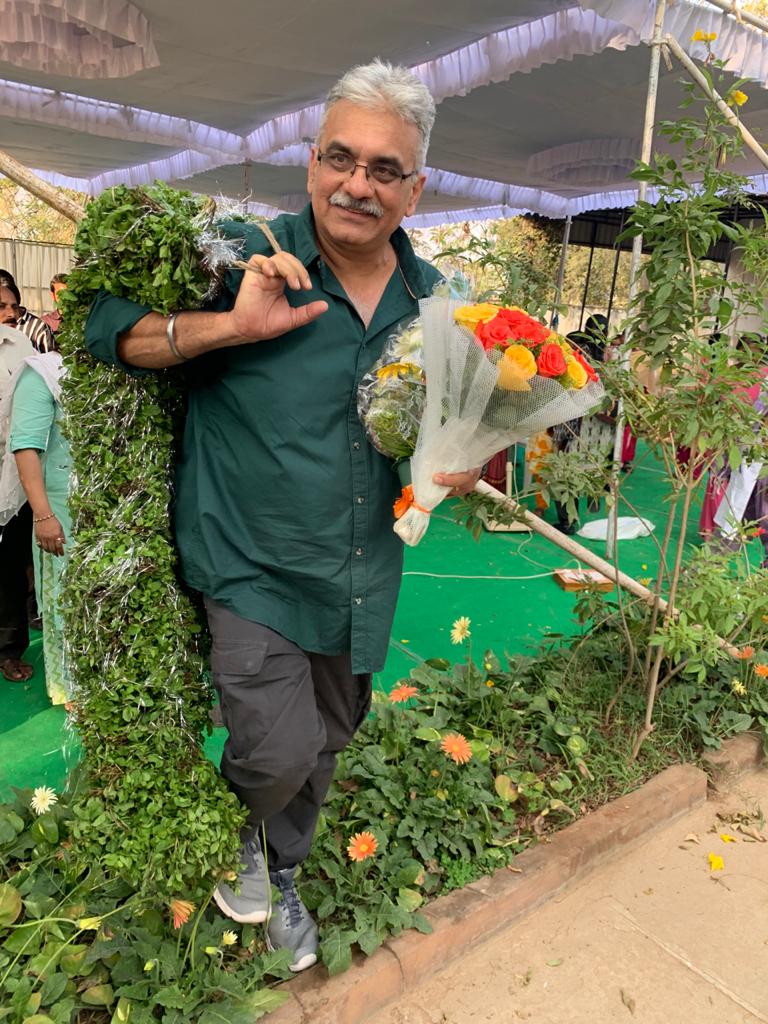 Ashim was an avid biker and loved the freedom, exploration and discovery that this offered. He always returned with many wonderful stories of the places he would visit and the people he encountered on his travels. 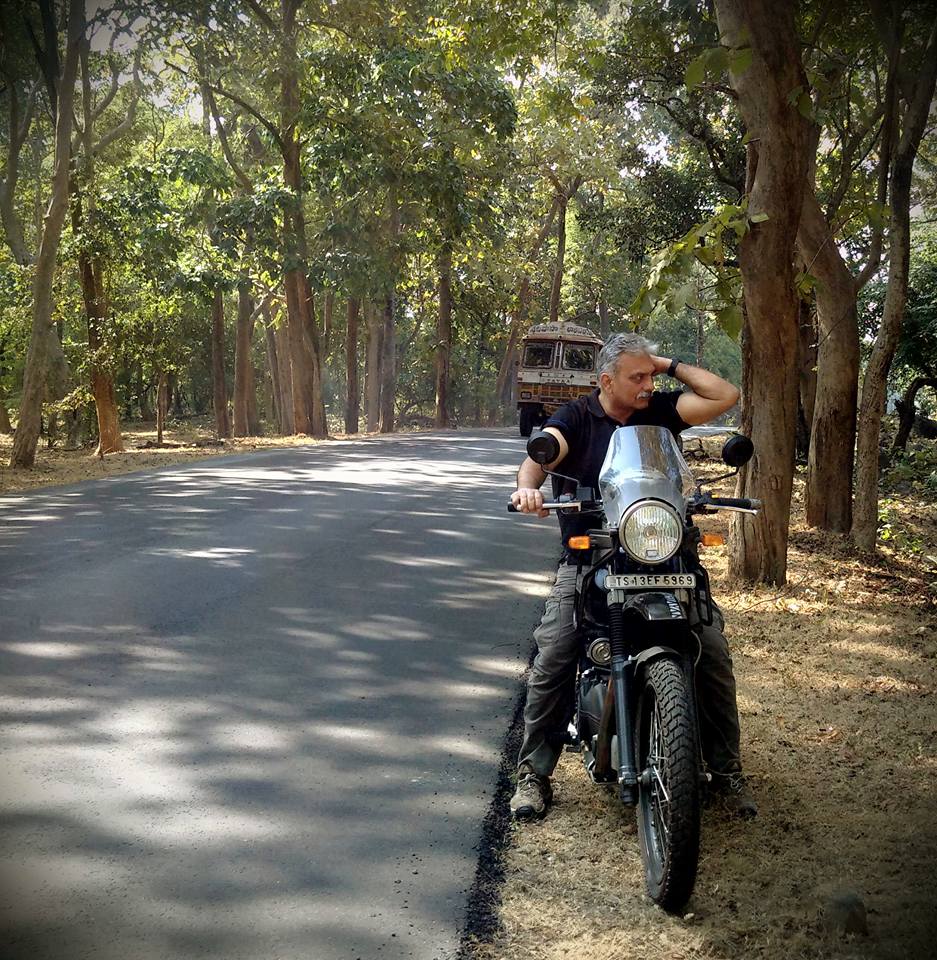 For all of us at LEPRA Society (India), Lepra UK and Lepra Bangladesh, he personified our philosophy of ‘putting people first’. He was an admired colleague, mentor, guide, friend, and boss. He will be greatly missed. 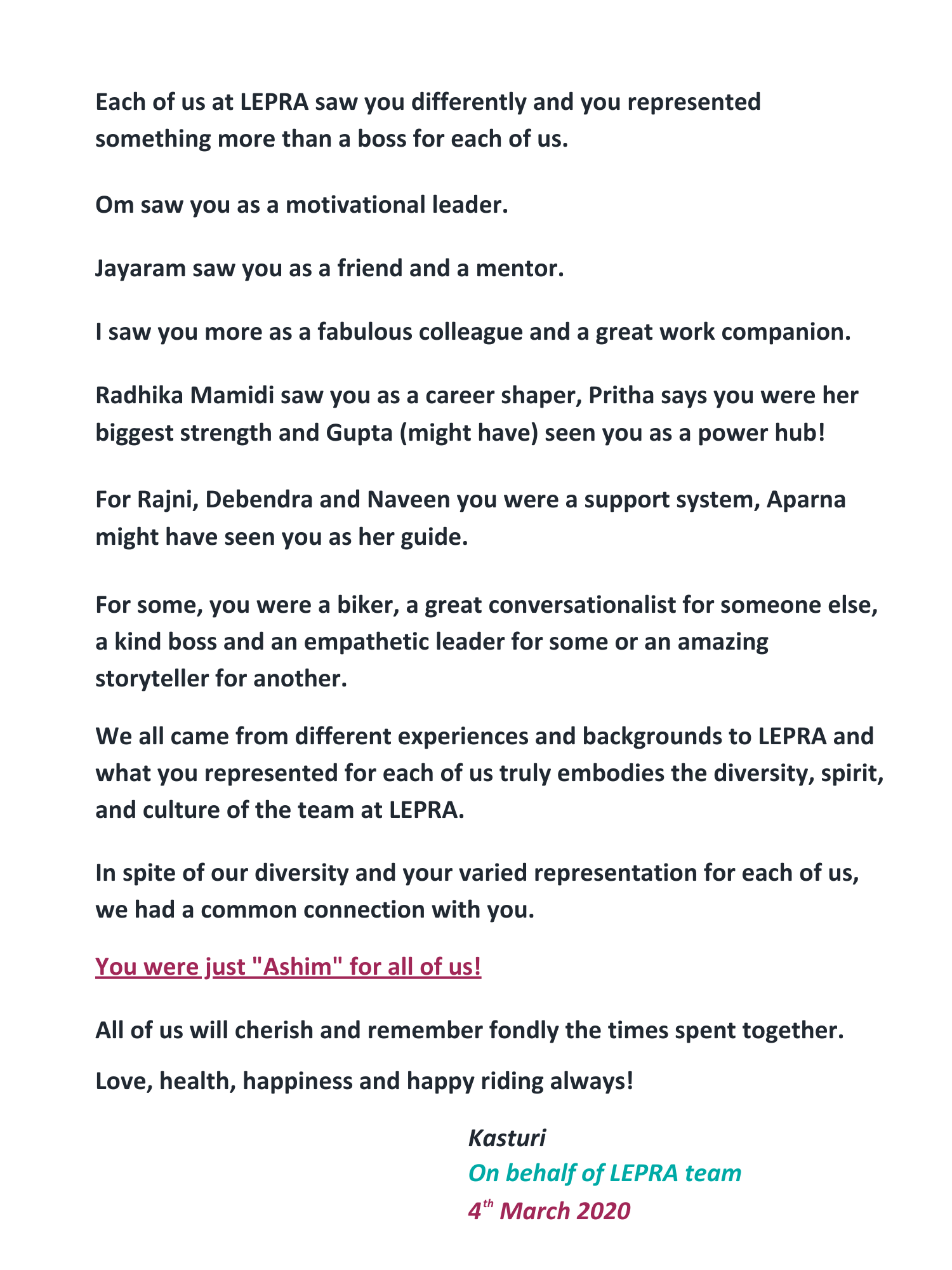