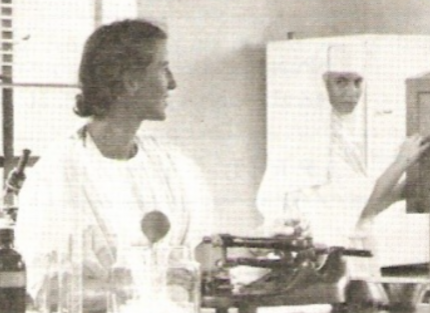 We look back with an enormous sense of pride at Lepra’s achievements and breakthroughs since the inception of our charity 97 years ago, none of which would have been possible without the dedication of our clinicians and researchers, working to further our understanding of this neglected tropical disease.

Perhaps one of the most notable clinicians of her time was an outstanding research scientist called Dr Wanda Blenska (pictured above).  Lepra funded her research laboratory in Buluba, Uganda, sending out all the necessary lab equipment so that her pioneering work had a chance to flourish and transform the whole settlement into a modern therapeutic and training centre that became world renowned. Lepra also funded Wanda to attend training sessions in Europe, which was a great stimulus to her work, her influence rapidly spread across the leprosy community. 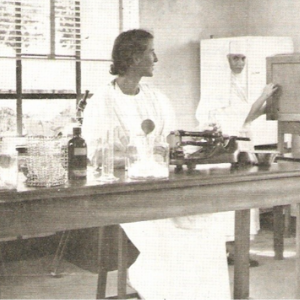 Wanda Blenska in her laboratory

“Wanda Blenska has had a great influence on the development of modern methods of treating leprosy. Thanks to her thousands of people were cured and, in admiration of her caring attitude and lifelong devotion, the local community called her the ‘mother of  leprosy'"

There are many female scientists who dedicated their lives to the development of treatments for leprosy, many of which were sadly overlooked at the time, with only a cursory mention in our historical journals and publications, such as Miss Low, who worked in Bunyonyi, Uganda in 1951 as a biochemist, who compiled research data and trained others as laboratory assistants. Also mentioned is Dr M. Maclean who was sent out to Nigeria in the summer of 1947 to gain experience in leprosy work before travelling to Sierra Leone to help treat remote communities affected by leprosy. We owe so much to these highly-educated and committed pioneers, who’s selfless actions impacted the lives of countless people around the world.

Another female scientist, Sister Carine Weterman, was a lab technician working in Malawi from 1971 to 1984. Her high standards, remarkable quality control and affable nature had a huge impact on the success of research projects nationally.

“It is to her personal credit that LEPRA's laboratory work in Malawi has become outstanding in the eyes of our peers and that it enabled LEPRA to introduce WHO/MDT, without delay or much difficulty, in Malawi in 1983.”

Finally, we turn to the marvellous Dr Patricia Rose, working in Georgetown, Guyana between 1975 and 1985. Guyana was the very first country to use MDT, entirely thanks to Dr Rose’s own initiative. She would of course insist that any success is collaborative: it is no single scientist’s work.

Dr Patricia Rose continued to serve after leaving Guyana, mostly in a consultancy capacity, on a number of medical boards in England, as well as being a clinical consultant for Lepra, a member of its advisory board and on the executive committee. She travelled extensively in India, Bangladesh and Brazil to help in the prevention of disease there. She wrote many papers and was an editor for Leprosy Review.

All these women have driven forward important, incremental improvements in the treatment of leprosy, helping to improve the lives of countless people across the globe. For ‘International Day of Women in Science’, we remember their extraordinary contributions, not just as scientists or clinicians but also as pioneering role models.

“It still gives us all a tremendous thrill to be able to assure our patients that they only require six months’ treatment (or a few years – in the case of lepromatous patients)! Of course, we are not magicians and cannot restore damaged eyes or limbs to their pristine state. But we can guarantee complete protection from deformity to those who come for treatment before they are disabled.” - Dr Patricia Rose 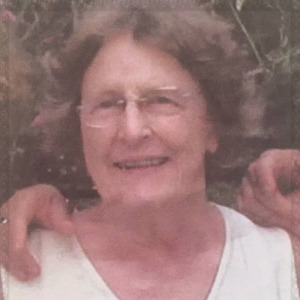