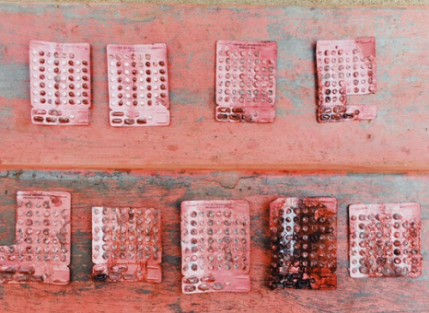 In the aftermath of World Leprosy Day, and with a renewed global commitment to fighting leprosy and making it a priority throughout 2020, we are once again reminded of Lepra’s stance on key areas in leprosy care.

The global leprosy community now finds itself at a crossroads with regards care and management of those affected. The World Health Organisation is committed to introducing two measures against leprosy, Single Dose Rifampicin Post-Exposure Prophylaxis (SDR - PEP) and the addition of Clofazimine to the existing 6-month paucibacillary (PB) antibiotic treatment regime.

In simple terms, Lepra is an evidence-led organisation. We are therefore opposed to WHO’s SDR-PEP protocol because:

Firstly, there is not enough statistical evidence of benefit from these protocols to justify deflecting attention from active-case-finding (ACF). Evidence suggests that 57% of the milder PB cases will not contract leprosy over two years (The COLEP study) if given SDR PEP. Multibacillary (MB) cases, immediate family and 43% of others will. Another piece of research shows that SDR PEP will actually lead to more cases of MB leprosy i.e. the type that leads to serious disability and is infectious for others if the recipient has had a BCG which most do in Bangladesh and India (The Maltalep study).

Thirdly, during a time of tremendous concern throughout the medical community with regards to antibiotic resistance, the introduction of single-dose Rifampicin as a means of combatting leprosy increases the risk of drug resistance. Rifampicin is the most potent and widely used antibiotic used for Tuberculosis and occurs in approx. 2.8M people in India, so the concern is significant for TB as well as leprosy.

Currently, the antibiotic Clofazimine is not included in the 6-month paucibacillary (PB) leprosy treatment regime. The WHO recommends that this be added to existing treatment for those with PB leprosy. Lepra oppose this for several key reasons:

Firstly, Clofazimine’s side effects can lead to lower overall treatment compliance. It can cause severe skin pigmentation, something directly related to social and inclusion issues in many countries.

Secondly, there is no clinical evidence to suggest that this has a positive impact on the treatment of those affected by PB leprosy.

Thirdly, the use of this unnecessary extra antibiotic increases the risk of antibiotic resistance.

Next entry: Rani Kumari - the work of an ASHA