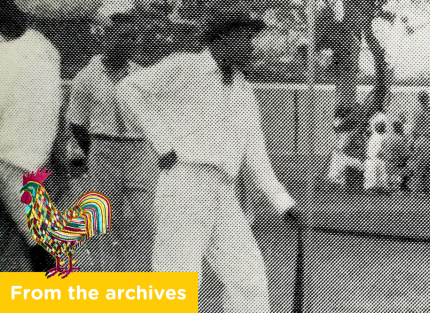 International Day of Peace: from the archives

On 21st September we celebrate the International Day of Peace and look back through some of the turbulent times that Lepra has worked through.

Since our inception in 1924, Lepra had worked throughout the world to provide for people affected by leprosy. Pioneering research into a cure was always at the forefront of our work, but in the first decades of existence creating a peaceful and secure environment for those in need of long-term treatment due to disabilities was the most crucial aspect. But with the advent of the Second World War, this became either very difficult or completely impossible in many of the areas that Lepra worked. The functioning of Lepra, both at home and overseas, was thoroughly disrupted. Let us look into the archives and understand just what it meant when peace turned to war, and people affected by leprosy, many of whom had only just began to experience peace under the care of Lepra, became caught up in the fighting.

There are many disturbing stories from the war, and amongst the most harrowing are those that came from settlements in territory captured by the Japanese - in Malaysia, the Philippines and Hong Kong. Today, we will focus on just one - the evacuation of people affected by leprosy from Hong Kong to mainland China. Despite the brevity of the report, it is easy to grasp the danger of their situation and the fear they must have felt.

From BELRA Quarterly Magazine January 1942, there is a very short section entitled: ‘Lepers, Japanese and Pirates’. The passing of time has wrought many changes, the quarterly BELRA publication is now Lepra News, and the term ‘leper’ is now considered offensive as it perpetuates the prejudice faced by people affected by leprosy, however the impact of article remains the same; it is devastating to read. It tells of the repatriation of 190 people from a leprosy settlement in Hong Kong to China in a convoy of 3 junks, crewed by three officers from the Hong Kong Medical Department. Almost everyone on board immediately became seasick, and then the following day a Japanese patrol boat opened machine gun fire- terrorising those onboard the ships but thankfully hitting no-one:

“They boarded, hit one of the medical officers with a rifle butt, searched the junk, beat and robbed the crew, satisfied themselves about those affected by leprosy in the other junks – then apologised and departed.”

But worse was to follow. A storm came up and the convoy was driven off-course. While they were anchored, 20 sampans with pirates opened fire on them. The pirates then came aboard “but were most courteous and did nothing worse than eat most of the food.” The junks sailed on but a faulty chart meant that the lead junk ran aground. That night they could make no further progress because of a minefield. On the fifth day, they completed their voyage. The people affected by leprosy were disembarked. The Medical Officers returned as far as Macao “but not without a further encounter with the Japanese.” (December 1941.)

We have no further information on the fate of those relocated from the leprosy settlement; moved from the familiarity and certainty they knew in search of peace and security. We can presume that they were handed over to another settlement in China where hopefully their hardship lessened.

Let us end, on this day of peace, with one small upbeat note and a seminal point demonstrating care triumphing over the brutality of war. The upbeat note is the surprising humanity of the raiders on the junks of the fleeing patients, who were not killed when they could so easily have been. They were “apologised to” and treated “courteously”. It may not have diminished the fear that those on board the ships felt but it demonstrates some human decency even during war.

The seminal point is one of humanity. Dr Ryrie, a man of enormous importance in Lepra’s history, refused to abandon his leprosy patients when they were overrun by the Japanese and remained with them at his settlement in Sungai Buloh, Malaysia, eventually becoming imprisoned in a Japanese internment camp. He was an extraordinary figure, expressing tenderness and love towards his patients, and his words about fear and the fear that war brings are electrifying:

“Fear had a physical intensity that is difficult to describe with any degree of adequacy. On two occasions I have seen a man drop dead in front of me in a paroxysm of terror. There was no electric light, no telephone, no post, no newspaper, no radio, and road communication was extremely perilous. This produced a kind of nightmare stillness punctuated by whooping raids of looting Jap soldiery….” 1941 Sungai Buloh.

And so we end with two pictures from our journals of peaceful scenes from Jamaica and Malawi in 1942, presenting us with a huge contrast to the horrendous story we have just read, and highlighting, on the International Day of Peace, the efforts of communities working together to create an equitable and more peaceful world. 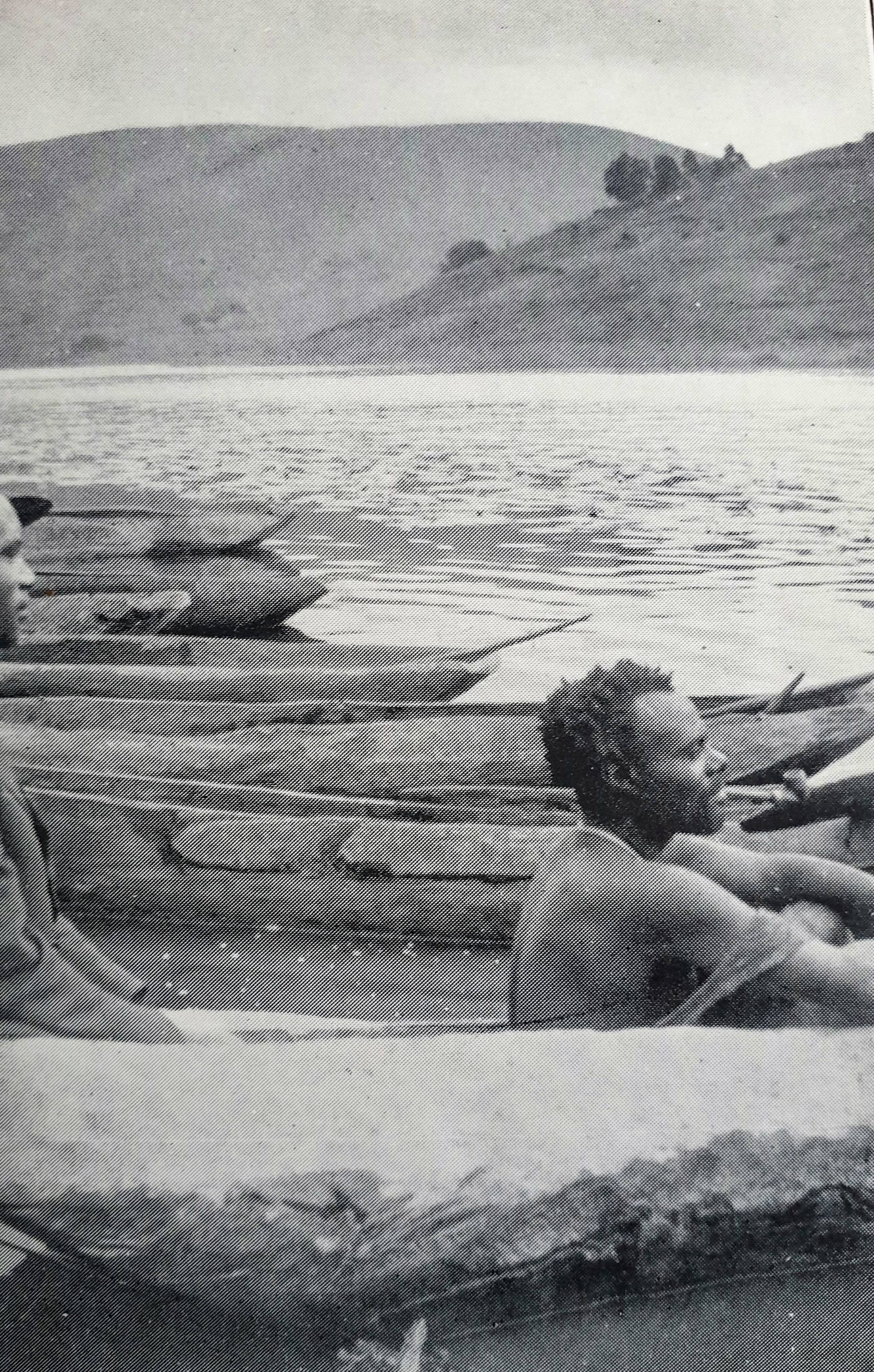 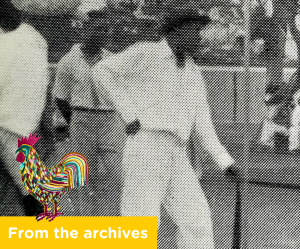 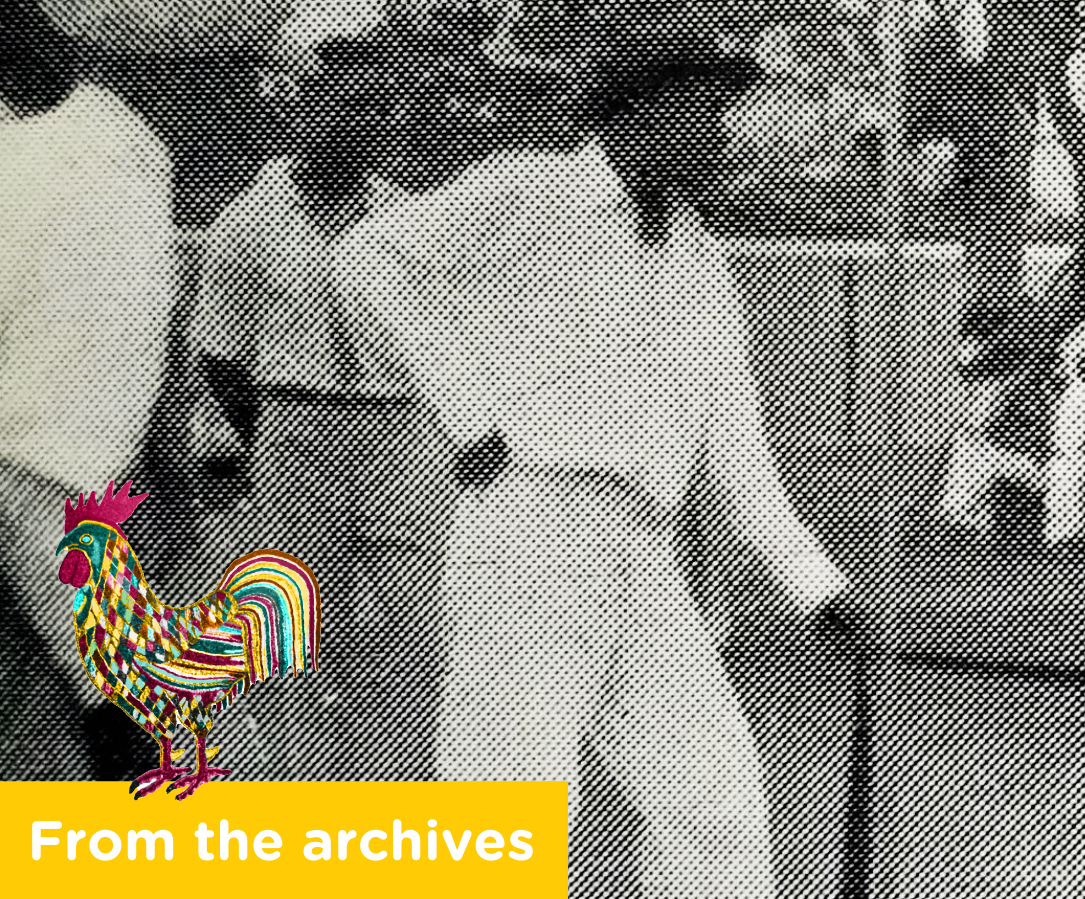