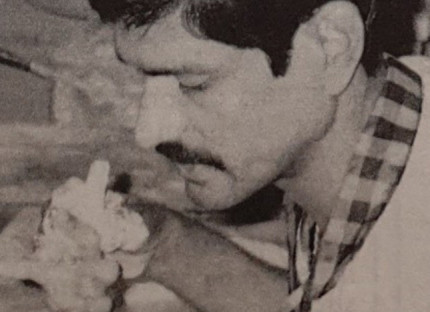 How the past informs the future of emotional support and care

As we approach World Leprosy Day on 30th January, we look back to the 1980s and early 2000s to see that, despite improvements in their care, prejudicial laws continue to hinder the opportunities of people affected by leprosy across the world. This causes a significant impact on their mental health and wellbeing.

In the Winter 1986 edition of Lepra News, the 33rd World Leprosy Day Appeal was far reaching in its ambition:

“The appeal is made to everyone: to researchers that they may perfect an anti-leprosy vaccine, to doctors and nurses for the supervision of treatment, to the patients that they may attend regularly for treatment, to governments that they may set the priorities that are needed, to the media that they may use their vast influence to support the work of those involved in the campaign against leprosy, and finally to the donors without whom nothing would be possible.”

Fifteen years on, in the early 2000s, a lack of research still held back treatment of leprosy. The enormous amounts of fear and prejudice surrounding leprosy not only prevented people from coming forward for treatment but also meant that people affected by leprosy were denied treatment at many hospitals, meaning doctors had little knowledge of leprosy. Governments did not see neglected tropical diseases as a priority and there was little investment in diseases such as leprosy.
Most shockingly, there were hundreds of laws in place across the world, cementing discrimination and prejudice against people affected by leprosy, preventing people from accessing early treatment which could have stopped serious, permanent disabilities from developing.

“Sometimes patients were so terrified that they hid themselves until signs of advancing disease became impossible to hide.”

We look briefly at two real life stories from our past appeals, to reflect upon the reality of this prejudice and its effect upon people with an easily-curable disease.

Anjan’s story from Lepra News, Winter 1988, describes how a law passed in 1985 was used against him. The Tulugu University Act meant that people affected by leprosy were disqualified from membership of the university.  Abandoned by his family and community; he was then forced to leave university, where he was a bright student and captain of the university cricket team. He’d looked forward to a promising engineering career ahead of him but his condition meant he was barred from even looking for jobs. He made the long journey to a specialist leprosy hospital to seek treatment.

“When he arrived at the Dr Bandorawalla Leprosy Hospital in Pune, India, he was crippled, penniless and friendless, he had already lost all the fingers of his right hand.”

Anjan, after receiving extensive treatment, then needed a job to regain his self-confidence and independence. Recognising his talents, the hospital sent him on a physiotherapy training course in Vellore, India. He came back and began working at the hospital that had cured him; he married happily and started a family. He became an advocate for other people affected by leprosy. Here he is pictured working to help a young girl, preventing her from facing the discrimination he had. 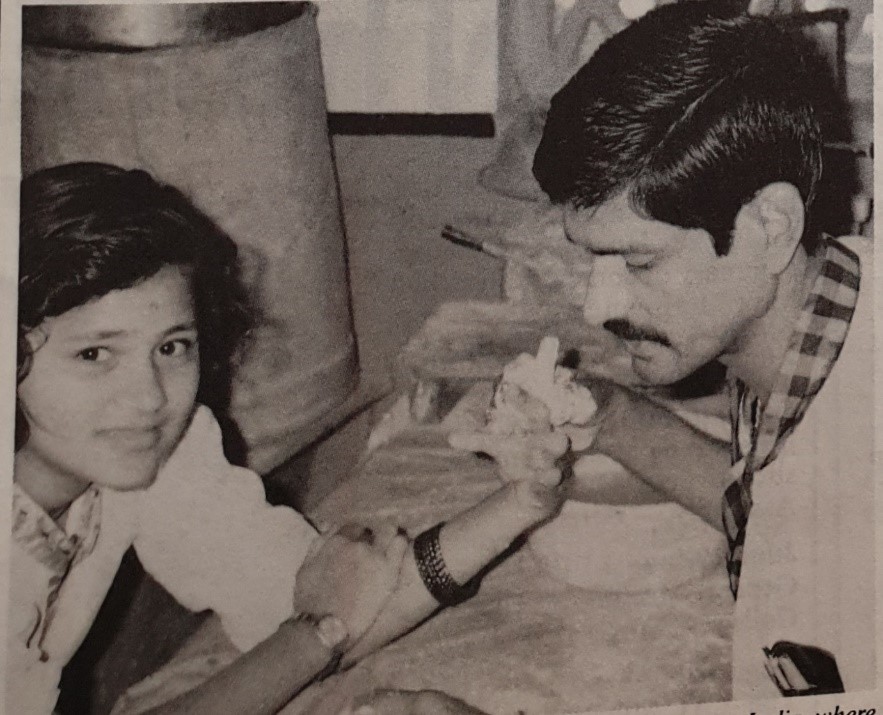 If laws had not dictated his removal from university, and if local clinics had been more accepting of people affected by leprosy perhaps Anjan could have been treated at his community hospital and taken up his place at university again. He may have got involved in cricket once more and been reunited with his family. Perhaps, too, he could have had a voice that was listened to. Anjan’s story had a happy ending, but many people were not so fortunate as to have such positive outcomes.

The next important step for Lepra, was to ensure that in returning to life in their community, people affected by leprosy could be economically secure; essential for quality of life and their emotional wellbeing. In Lepra News Autumn 2003, Waheedunnisa, a single mother with two young sons, is recorded as the first person to receive a loan from Lepra to set up her own business and consequently, she established a profitable fax bureau. Waheedunnisa’s repayment of the loan signals the success of her business and the re-establishment of her place in her community. Here she stands, the proud recipient of a second loan to expand her business. Of all the differences between the 1980s and the early 21st century the most important is perhaps the democratisation of health care. 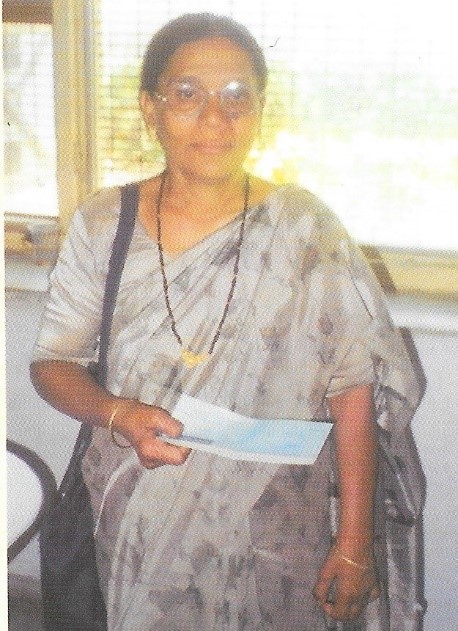 “An important part of Lepra’s information and education programme aims to educate village representatives about leprosy, so that they in turn can help educate people in their own communities, so that local healthcare staff understand and recognise the symptoms of leprosy, so that people are identified at an early stage, and can be treated at their local clinic. After intensive health education, Lepra has persuaded many local communities to accept patients back.”

Often dispelling generations of fear, anguish and mistrust, fighting leprosy requires a change in culture to bring it into mainstream medicine. In 2002, Dr Mujib in Bangladesh, reported, with justifiable pride, the admittance of the first patient to a general hospital for medical treatment of his disability, stating that “at last this proves that attitudes towards leprosy are finally changing in Bangladesh.”. At this same time, research into nerve damage to hands was in its final phase, aiming to identify those most at risk of nerve damage, as well as finding more effective ways to treat and prevent disability.

In Lepra News of Autumn 2001 we recorded one confident, outstanding voice from one person, long-cured of leprosy.

“We refuse to allow others to define ourselves, our humanity, by a disease.”

Today we can point to new advances in the way we treat leprosy and the fully integrated, person-centred approach given to support people’s mental health and emotional wellbeing. Through programmes such as ‘Mental Motivators’ in Bangladesh (thanks to funding from Baillie Gifford), Lepra is leading the way in the holistic care given to people affected by leprosy. We provide a mobile footwear unit to remote communities (thanks to Pavers) to help prevent further disability in those who cannot easily access healthcare in their community.  One person affected by leprosy and a recipient of this treatment, commented on his health and his return to his community;

“Lepra had given me back both my health and my paradise”

Use of ‘my paradise’ reminds us of the importance of community; my home, my roots, my place of belonging- the Winter Appeal of 1986 called for us ‘to support the work of those involved in the campaign against leprosy’ and whilst discrimination may remain we make progress towards a brighter future. With your help, we will beat leprosy. 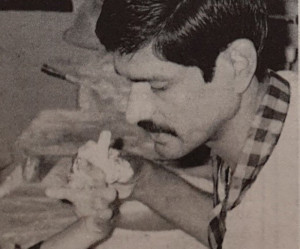 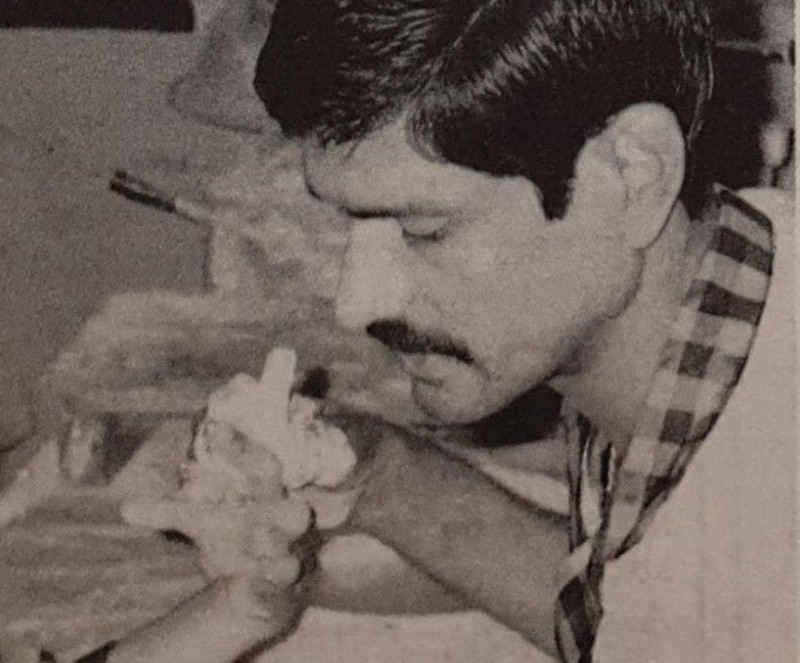 Next entry: Women: the unequal impact of discriminatory laws in a patriarchal society