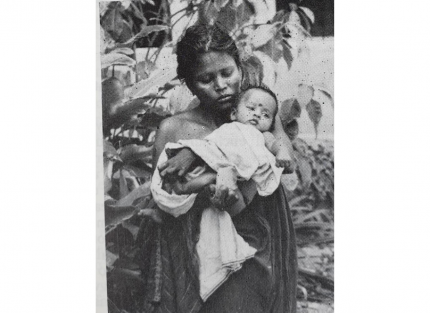 Parents with leprosy have faced some of the toughest decisions imaginable for a parent. Advances in treatment and a better global understanding of leprosy means that families no longer need to separate, and Lepra passionately advocates for this.

On Global Day of Parents, we want to show our appreciation for the parents around the globe who, when diagnosed with leprosy, have faced the tragic decision to separate themselves from their families and children in order to seek treatment. This devastating version of selfless parental commitment would see the mother or father lose the safety net of a family environment in order to stop the spread of leprosy to their children, other family members, and the wider community. From our historical archives, we look at the sacrifices made by parents affected by leprosy in Africa and India during the 20th century.

For the children who were left without their own family to care for them, Lepra worked hard to provide them with as normal a childhood as possible. Where possible, children would be kept within the leprosy settlement housing their parent/s, but the adults would be isolated from the children to control any possibility of infection. Infants and younger children would be placed into a creche where they were cared for by Lepra healthworkers, and older children would be enrolled into a school, to receive an education, and to play and socialise normally as children do. 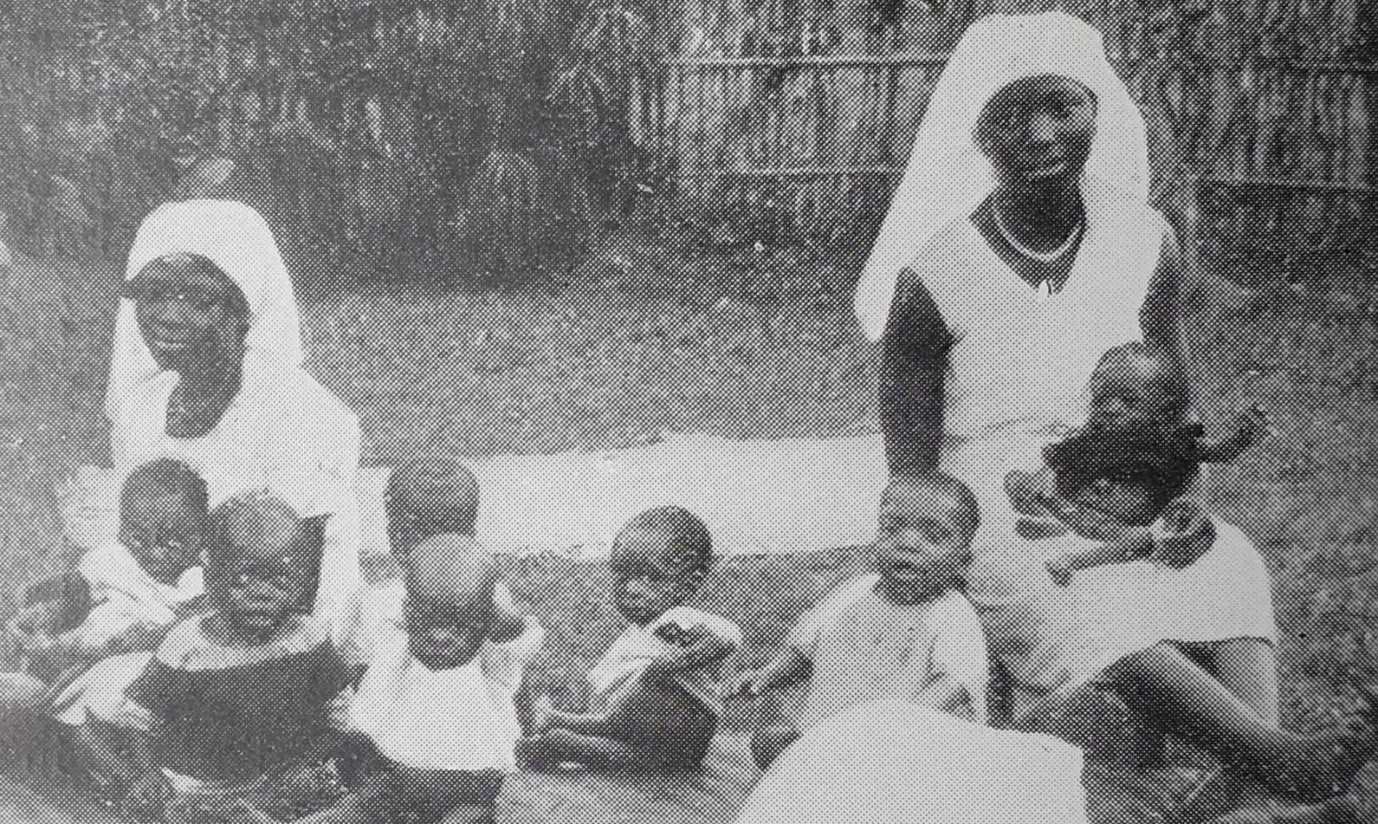 In Alito leprosy settlement, Lira, Uganda, we are given an account from Lepra Magazine, 1969, of how the older children would spend their day:

“Here in the camp, life is quite busy. In the morning after breakfast, we do farming – education on farming work is very important here. After farming work…they go into the classrooms. From 5 to 7 pm they have different activities: football, playing, singing…” 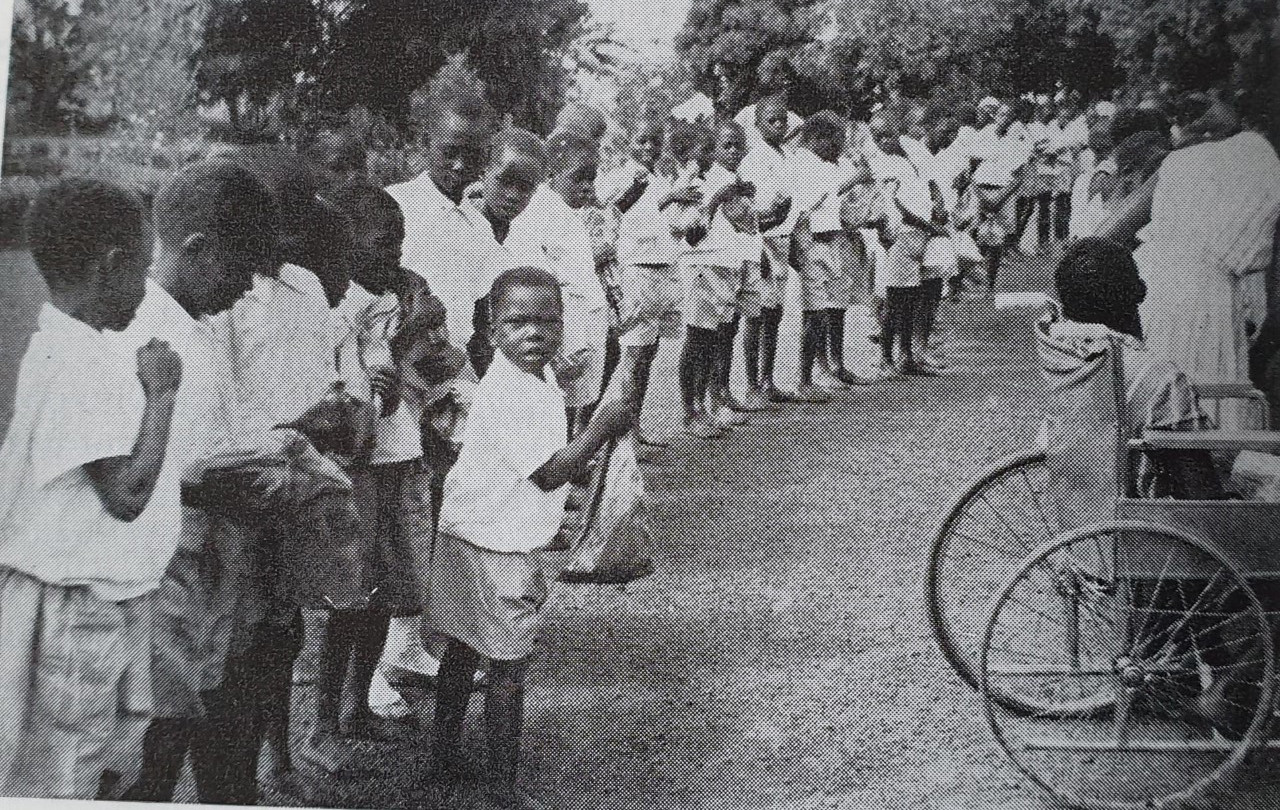 From our archived photographs, as shown above, we can see an example of children, cleanly dressed, excitedly holding parcels, or awaiting their own parcel. But, obviously, we see no close parenting but rather Lepra doing its best to raise children in difficult circumstances. The Child Adoption Agency worked well, as donors sponsored children to benefit from what Lepra had to offer: a strong community life.

We now turn to India, which has similar stories and circumstances. 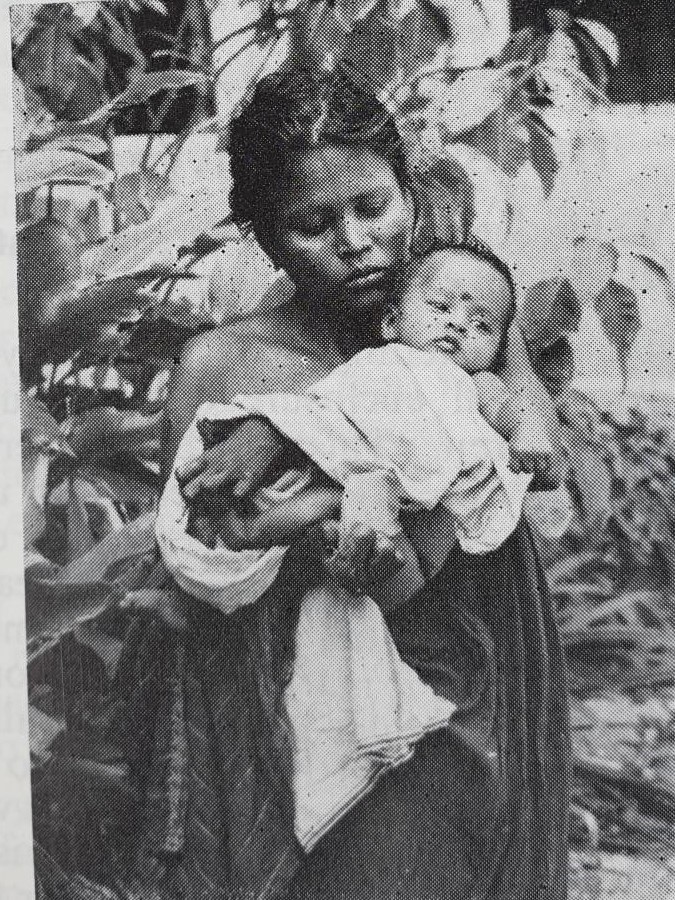 India: a mother, who is affected by leprosy, tenderly holds her baby with damaged hands as a result of leprosy.

In Nilayam, India, infants and young children with parents affected by leprosy are also cared for by Lepra healthcare workers, and provided with a good education and a relatively stable, normal life.

While the children are in the Nilayam we endeavor to maintain the closest contact between the children and their families through letters and periodical visits of relatives and the children’s own visit to their homes. These children are also prepared for life after they are cured, with tailoring being emphasised as a skill that will bring security to their lives, and with education being a priority.

An account by Clem Wills, in Nigeria, 1939, articulates the pure joy of a mother being reunited with her child:

For some, it has meant a long number of years awaiting this moment and amongst them were folks who had spent long weary months in hospital. Now they were all free to mix with their families and we could feel their excitement. To most of them was given only a ‘Certificate of Discharge.’ But the real thrill came when one certain woman, received something more. From my right hand out to the front walked our Chief African Nurse bearing a young child in her arms. She proudly carried this child to where our woman patient was standing. Very tenderly she gave the infant to the cleansed mother. What a beautiful smile spread over that mother’s face as she realised she was now free from leprosy and able to handle her child. Now she gloried in her freedom and gently tied her babe onto her back.

The sacrifices parents made for their children’s health and safety back then are both heart-warming and sad. The advances in leprosy treatment and a better global understanding of the disease now means that parents are no longer separated from their children whilst undergoing treatment.

Reflecting on Lepra's history gives an insight into the struggles faced by parents, but brings a sense of hope for future generations.

We can change lives.

We can keep families together.

We will beat leprosy together.