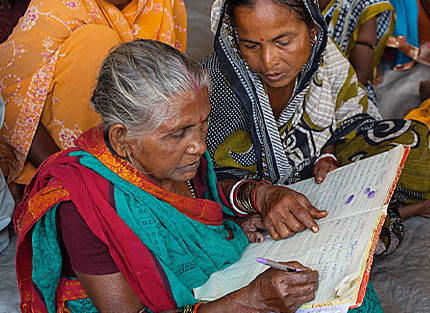 From the archives: Mother’s Day

Mother's Day is, traditionally, a day of love and understanding. It's a day to embrace those who have given us life, those who care for us and those who have helped us navigate life's twists and turns This year, as the pandemic continues and families remain separated across much of the world, we are reminded even more so of the importance of women and mothers.

For a mother with leprosy in the middle of the last century, isolation was even more acute. A diagnosis of leprosy for many women was seen as a death sentence. Mothers were forced into isolation and to undergo treatment in the hopes of being cured. Nowadays, a person with leprosy can be treated with either a 6 or 12-month course of Multi-Drug Therapy. But in centuries gone by, this could easily have been several years. And all the while, she is separated from her children.

Janet was one such mother.

Diagnosed with leprosy shortly after giving birth, Janet needed treatment. She was not in a position to care for her baby, and so she came to Lepra for help. She handed her baby over to the Lepra nurses and faced the daunting path of recovery, not even knowing if it was truly possible! Up until this point, Janet had been with her baby constantly; working, eating, playing, feeding. Shortly after her diagnosis, Janet was abandoned by her husband and thrown onto the streets. Lepra was Janet's last hope. Such was the life of a woman affected by leprosy in the 20th century, long before a complete cure had been found.

Mothers were only allowed to see their children from a distance, similar to how people are forced to have conversations through windows because of COVID-19 with their mothers! It's difficult not to understand Janet's pain, indeed the pain of any mother affected by leprosy, as many people suffer the same pain today.

The Relief of Reunion

Those who lived in Lepra settlements, undergoing treatment daily, lived in hope of one day returning to their families and communities with a clean bill of health. For mothers, this day also meant being reunited with their children.

But the real thrill came when one certain woman, Janet, received something more than her certificate of discharge. Very tenderly, the Chief Nurse, gave the infant to the mother. What a beautiful smile spread over that mother's face as she realised she was now free from leprosy and able to handle her child without having to first put on a special gown.

The strength of mothers

Mothers come in many forms and face many challenges. The mothers in Lepra's settlements faced so many challenges and persevered in the face of great hardship. There were so many like Janet, who risked everything to get treated and be reunited with her child. Lepra wants to honour these brave women on Mothers Day.

Next entry: World Poetry Day - a celebration of hope and change