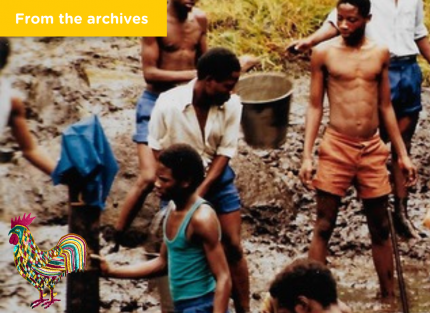 On International Youth Day, we take an exciting trip into the archives to explore just what can happen locally after a national Lepra programme (The Malawi Project) for curing leprosy has been successfully implemented.

This is a remarkable tale as it breaks the mould on the general trend in the leprosy story; a story of prejudice and abandonment for those affected by leprosy. It also shows, on ‘International Youth Day’, what it means when barriers are broken and direct, practical, support is given by Young People. And so we turn back to 1977, to Malawi; a small, land-locked East African country.

We find a young teacher, Tony Cox, searching for a worthwhile project for his secondary school pupils to work on during Youth Week in Malawi. Youth Week was a national programme which took place every year during the school term, when pupils, guided by their teachers, gave up their time to help the local community. All Young People turned their hands to social projects and Tony’s school ‘Malosa Secondary School’ was but one mile away from a key Lepra settlement; a place of help, shelter and safety for those affected by Leprosy, called Likwenu. 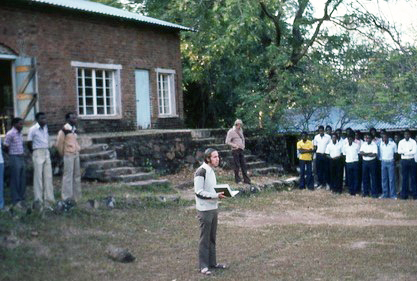 Featured in our earlier post on Dr David Molesworth and coming up in the autumn edition of Lepra News, we learn that the Malawi Project (1964 to 1974) was so successful that there was little in the way of prejudice for those coming forward for treatment. It was an easy decision for Tony to make; let the school help Lepra to improve the conditions of those living in the settlement.

So what did the youth of Malosa School do? And what does it tell us of Lepra at the time? The students were divided into two groups. Some of the boys knocked down the old dwellings, which were no longer in use in the settlement. Others gave two of the wards a much-needed coat of paint and some of the girls cleaned the good bricks for reuse. The girls also made sheets for the hospital beds.

Here we see them at work; energetic, intent and engaged. 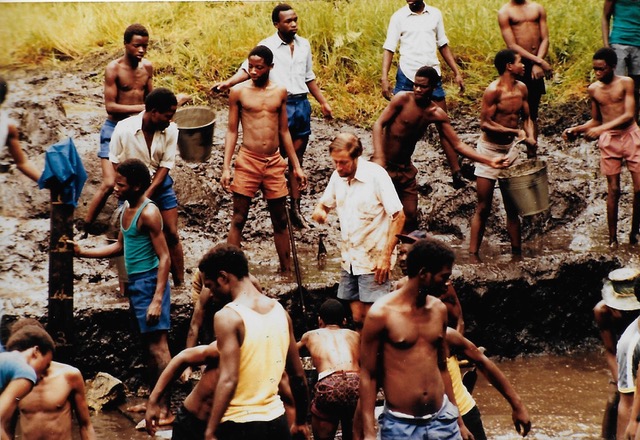 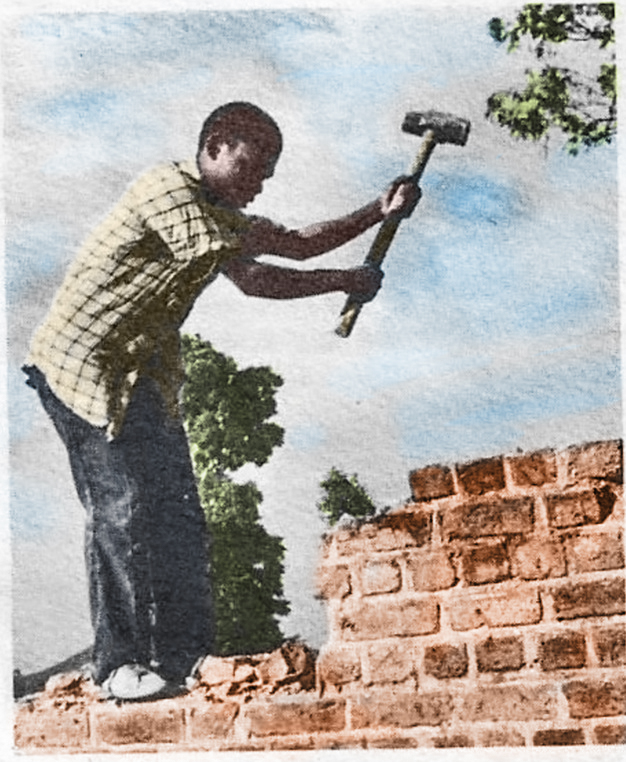 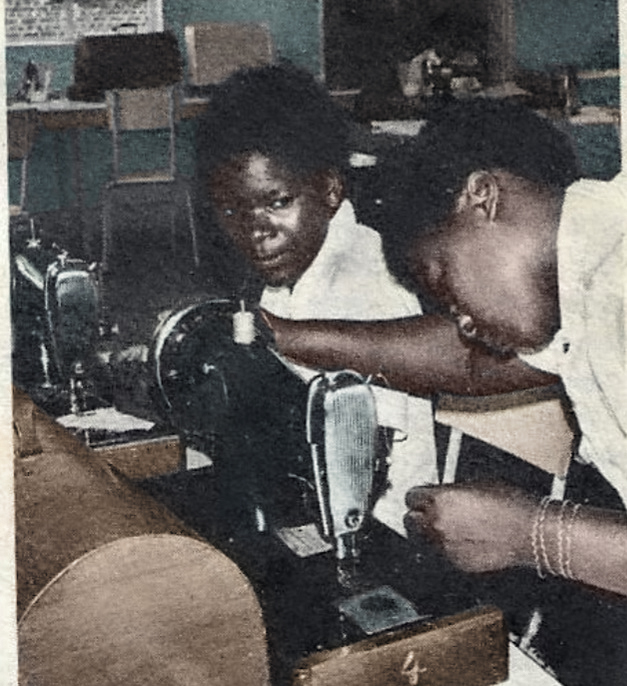 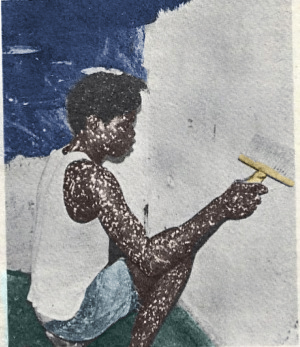 The water supply to the school and the lepra settlement came from a dam higher up the mountain, every year it needed clearing out of mud. The first image shows the work being carried out during Youth Week. The second image shows the old settlement houses being cleared. The third shows the girls making sheets and night clothes for patients. Mary looks at what her fellow student is doing. The last image shows Young People redecorating two wards and a kitchen, where patients made their own food.

Lepra at that time was expanding medical treatment in Malawi and patients were being easily cured, providing the disease was caught early enough. No longer was the emphasis on isolation, but instead, Lepra workers were cycling into villages and bringing help to those who most needed it. But clearly there was still a role for settlements, where those needing continuous treatment remained, and there was not enough money to cover every job, as is shown to us here in the case of Likwenu.

Let us end with the words spoken by Tony Cox in 1977 which carry such weight that they precisely mirror Lepra’s current ethos: leprosy can be cured, active case finding is essential, get treatment early.

“Sharing the knowledge that leprosy can be cured is most important. If just one student learned enough to persuade a relative to go for treatment at an early stage of the disease, our efforts will have been worthwhile.” 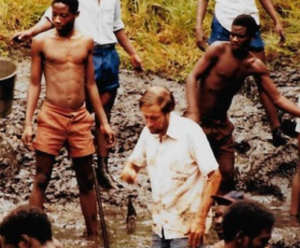 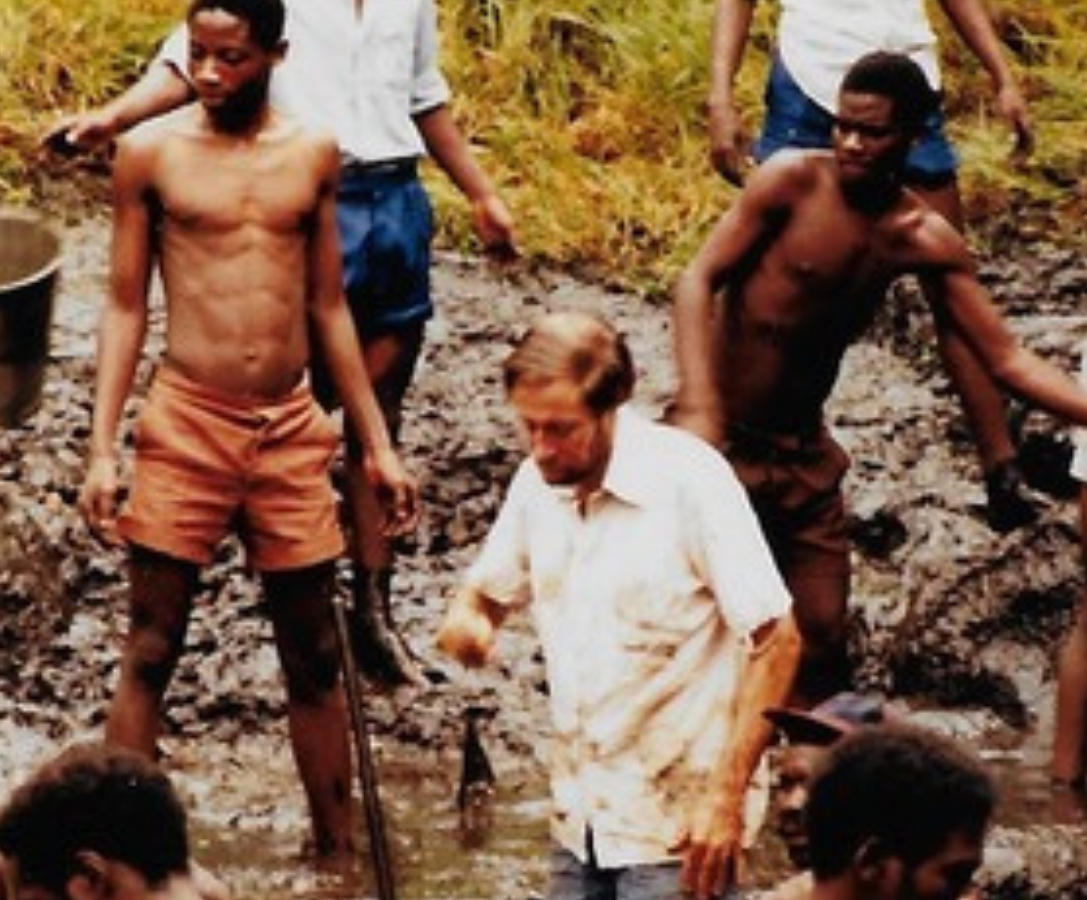