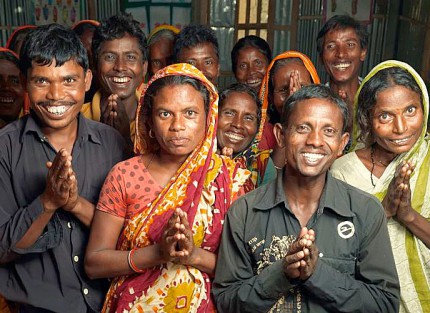 Donate your unwanted shares through ShareGift.

If you have shares which are uneconomic to sell, you may wish to consider donating them to ShareGift, the share donation charity.

ShareGift is an independent UK registered charity (No. 1052686) which specialises in releasing the money locked up in small shareholdings, but which can accept donations of any size.

ShareGift works by collecting together small lots of shares until there are enough to sell and then donating the resulting proceeds to a wide range of charities. To date ShareGift has donated over £20million to over 2,000 charities. ShareGift make their grants based upon suggestions from donors.

You can help support Lepra by donating any small shareholdings you may have to ShareGift, and mentioning that you support us. ShareGift has already made grants of almost £20,000 to Lepra.

If you are a UK taxpayer, you can claim income tax relief on the value of most stocks and securities when you donate them to a charity. In addition, donating shares charitably gives rise to neither a gain nor a loss for Capital Gains Tax (CGT) purposes.